This country has so much to offer and yet most visitors opt to spend just a few days in Amsterdam before moving on. I recently spent three weeks travelling around the Netherlands, visiting Amsterdam, Utrecht, Keukenhof, Leiden, Maastricht, and the Hague, and my biggest takeaway is that this country is so much more than just Amsterdam.

And you’re going to want to make sure you pack well for your trip. During my first visit to the Netherlands, I arrived off the plane from sunny Southeast Asia. I believed that May would bring warm weather to Amsterdam, but instead spent the entire time shivering because I didn’t have the right clothes. Eventually, I had to go shopping to make myself more comfortable.

I’ve since returned to the Netherlands four times since then and I’ve learned a hell of a lot about how to pack for this country. Let’s get started. 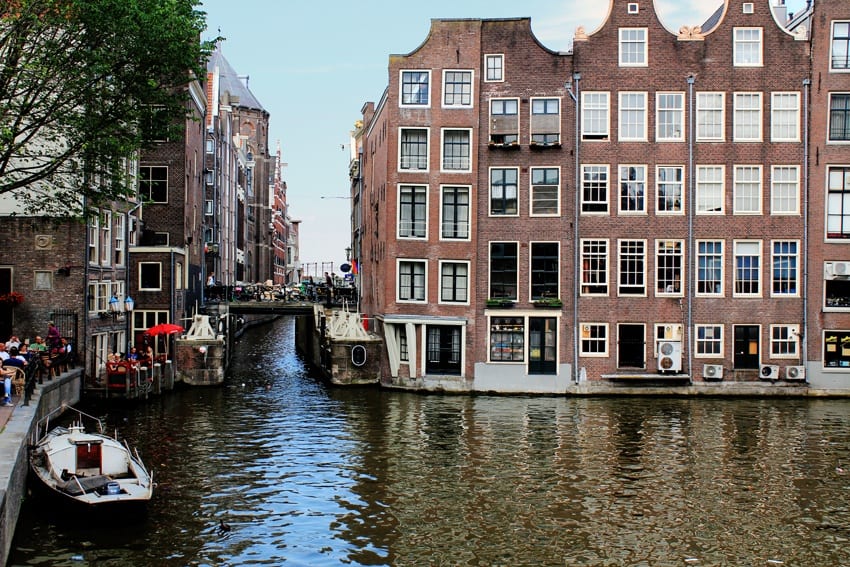 My Luggage Recommendations for the Netherlands

When it comes to travel in the Netherlands, the amount you’ll bring with you will depend a hell of a lot on the time of year you’ll be visiting, as well as the activities you’ll be doing while you’re there.

Travelling outside of summer? You’ll want to bring a lot of warm clothes and wet weather gear. Planning on doing a lot of walking? Make sure you have proper walking shoes, a decent backpack, and clothes for every weather condition.

Yes, in case you haven’t realised, the weather in the Netherlands can be more than a little variable, and it’s one of those countries where you can experience all four seasons in a single afternoon, not dissimilar to the weather in the U.K.

I’m a huge fan of travelling with a carry-on-sized backpack, as I appreciate the lack of back pain, the added ease of moving through the crowds, and not having to worry about lost luggage. For the Netherlands, though, there’s no real reason to really battle to keep the size of your luggage down. The streets are paved, so don’t pose a problem for suitcases, and because public transportation is fantastic, you’ll find travelling by trains to be easy.

I’m a big fan of the Osprey Farpoint 40l backpack, and take it on all of my adventures, whether I’m spending two weeks in Japan or six months in the South Pacific. It’s super-comfortable to wear, easy to pack, and has plenty of compartments to help keep your belongings organised. Osprey also offers a lifetime guarantee for all of their backpacks, which makes opting for one a no-brainer.

If you’re not a fan of backpacks, a possible alternative could be the Osprey Sojourn, a combined backpack and suitcase in one. You’ll be able to comfortably wheel your suitcase around the country, then wear it as a backpack when you come across a series of steps or a cobblestoned street.

What about a day pack?

You’re not going to want to take your main backpack/suitcase out with you while you’re exploring the streets of Amsterdam or the tulips of Keukenhof, so that’s why I recommend bringing a daypack with you on your trip.

Enter this teeny-tiny backpack that packs up to the size of an apple.

Despite its tiny size, this daypack still surprisingly strong, holding a two-litre bottle of water, two SLR cameras, two phones, and a guidebook when I was exploring all over Oceania last year. And it doesn’t look cheap and crinkly, either, as so many packable bags often do. I take this bad boy on every single one of my trips and appreciate that it doesn’t take up much space or weight in my luggage. 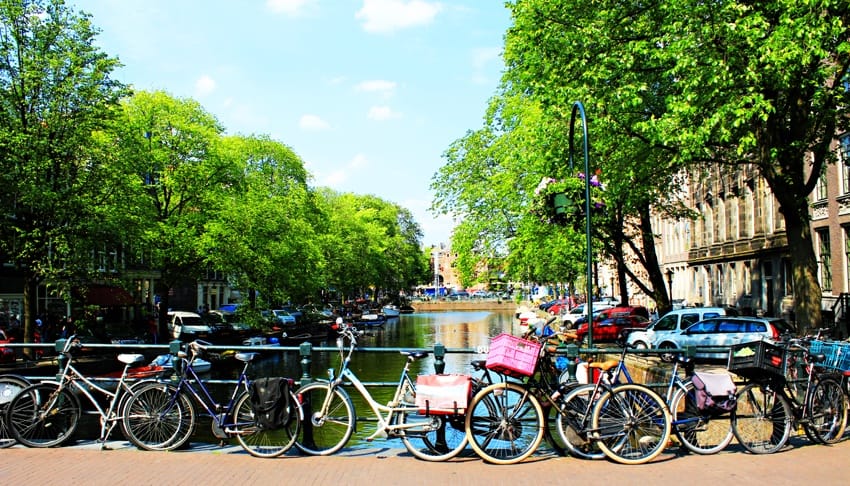 When it comes to spending time in the Netherlands, you’ll most likely be planning on spending a lot of time in cities and towns.

Note: I always, always overpack when it comes to tops. I’m 5’1” and tiny, so most of my strap tops ball up to the size of a sock. I always take advantage of this and bring a few options!

What to wear in the Netherlands in summer

Summer in the Netherlands (June – August) isn’t as hot as you might expect, with maximum temperatures ranging between 17 and 20 degrees across the country. As always with the Netherlands, prepare for bad weather and hope to be pleasantly surprised. Here’s what I recommend wearing during summer:

The Netherlands is one of the flattest countries in the world, but the streets are often full of cobblestones, so you might want to leave the heels behind. Here’s what I took with me on my three-week trip across the Netherlands:

Sunglasses: Obviously, this is just a summer essential, but I always seem to end up packing sunglasses with me on every trip I take.

Quick-dry travel towel: This is one of my travel essentials! My Sea to Summit towel in extra large size has been the perfect travel companion for the past eight years. It’s the size of a satsuma, weighs next to nothing, dries within minutes, and lasts for years. I’ve been travelling with the same one for five years now, and I promise it isn’t as gross at it sounds — it looks as good as new!

Medications to Pack for the Netherlands

You’ll be able to get most medications in the Netherlands that you can at home, so there’s no real reason to pack a huge first aid kit with you. Still, there are a handful of medicines I find useful to have on hand at all times. This is what my travel first aid kit contains:

Essential Travel Technology for the Netherlands

When it comes to travel technology, what you decide to pack will depend on the type of traveller you are. I work as a blogger, so I tend to carry a little more tech than those of you that don’t work on the road. Here’s what’s in the technology section of my backpack:

Toiletries for a Trip to the Netherlands

There’s nothing out of the ordinary that you’ll need to pack for the Netherlands when it comes to toiletries. If you’ll be rocking the carry-on life, you’ll want to make sure that your liquids are under 100ml, or resolve to buy them when you arrive.

If you’ve read any other posts on Never Ending Footsteps, you’ll know that I’m a great believer in travelling with travel insurance. I’ve seen far too many Go Fund Me campaigns from destitute backpackers that are unexpectedly stranded in a foreign country after a scooter accident/being attacked/breaking a leg, with no way of getting home or paying for their healthcare. In short, if you can’t afford travel insurance, you can’t afford to travel.

I use SafetyWing as my travel insurance provider, and recommend them for trips to the Netherlands. Firstly, they’re one of the few companies out there who will actually cover you if you contract COVID-19. On top of that, they provide worldwide coverage, don’t require you to have a return ticket, and even allow you to buy coverage after you’ve left home. If you’re on a long-term trip, you can pay monthly instead of up-front, and can cancel at any time. Finally, they’re affordable, and have a clear, easy-to-understand pricing structure, which is always appreciated.

What Not to Pack for a Trip to the Netherlands

A money belt: There’s no travel item I despise more than a money belt, and I very much recommend leaving yours at home. Why? Because they don’t work! Thieves know what money belts are and they know to look for them. When a friend was mugged while travelling, the first thing the attacker did was lift up her shirt and check for a money belt.

So not are they uncomfortable and weird and make it look like you store your valuables in your underwear, but they don’t even protect you from being robbed.

Instead of travelling with a money belt, I recommend splitting up your money and credit cards before you travel. Keep an emergency €20 in your shoe, put some of your money in your wallet, keep a card in your daypack, and some extra cash in a pocket. You’ll be a lot safer by doing this.

And that’s about it for my Netherlands packing list! I hope you found this guide useful and have a fantastic trip to the country! :-)

Related Articles on the Netherlands

How to Spend Three Magnificent Days in Tbilisi, Georgia: A 2023 Itinerary

How to Spend Three Wondrous Days in Granada, Spain: A 2023 Itinerary

How to Spend Three Wonderful Days in Budapest: An Itinerary for 2023

How to Spend Three Magnificent Days in Rome: A 2023 Itinerary

The Cost of Travel in Belgium: My 2023 Budget Breakdown

How to Spend Two Fantastic Weeks in Germany: An Itinerary for First-Time Visitors

How to Get From Brunei to Kota Kinabalu by Bus