The first steps I ever took in my beloved Asia were when I touched down in Taiwan. And within 24 hours of arriving, I had already declared it to be my favourite place on the planet.

A little premature? Absolutely, but even now, four years on, I still get hit by a wave of euphoria whenever I step foot in Taiwan. Even now, it’s still my favourite place to visit. 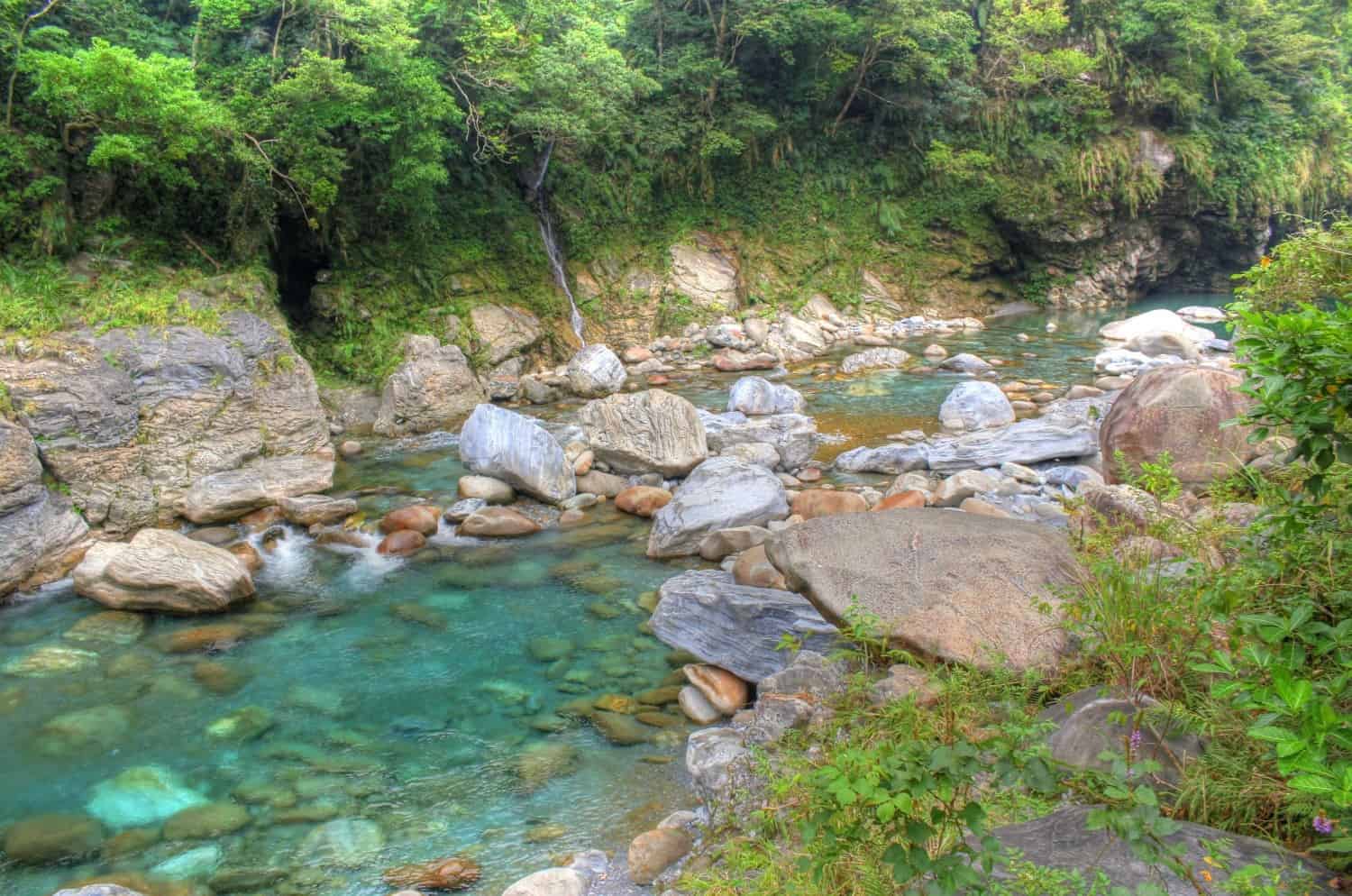 There aren’t many people who list Taiwan as their favourite country ever, but I can’t stop singing its praises to everyone I meet. Whenever my boyfriend and I would sit down to plan our next stint of travel, I’d vote for Taiwan, but somehow it was always overlooked in favour a country more well-known, usually in Southeast Asia. Taiwan seemed to have taken up permanent residency on our Someday Soon list.

When I finally managed to convince him to visit, I was overjoyed.

And then I was nervous.

Because what if Taiwan wasn’t actually that great? What if I’d thought it was amazing on that first visit because it was my first time in Asia, and just being somewhere that felt foreign was exciting enough? What if Taiwan was boring? 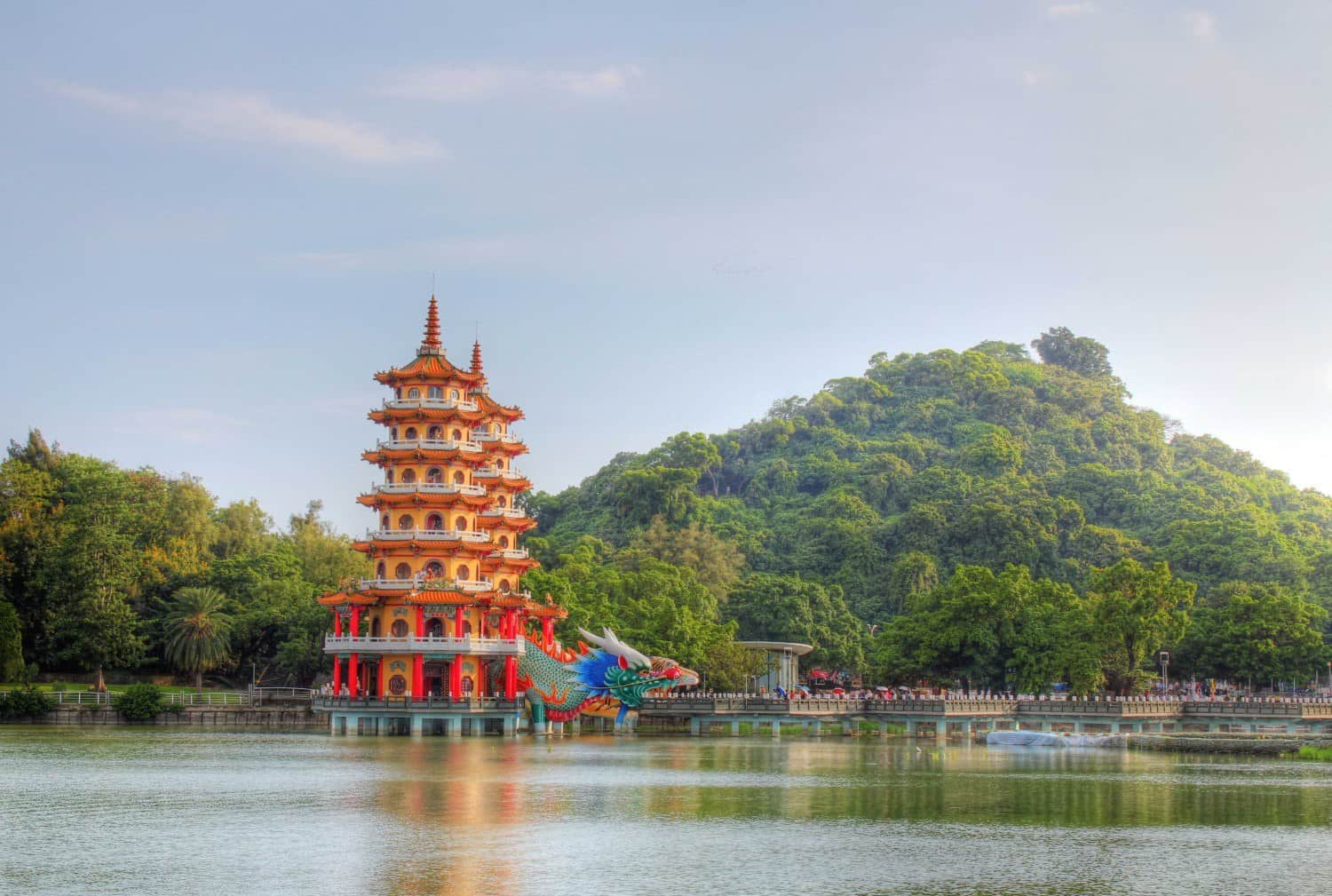 I needn’t have worried, because Taiwan was just as spectacular as I had remembered. Maybe even more so because this time around, I wasn’t terrified of the food. And excitingly, my boyfriend fell hard for Taiwan and now counts it among his favourite countries. He enjoyed it so much that we’re ever going to be spending a month in Taipei later this year!

Here’s what makes Taiwan so great: 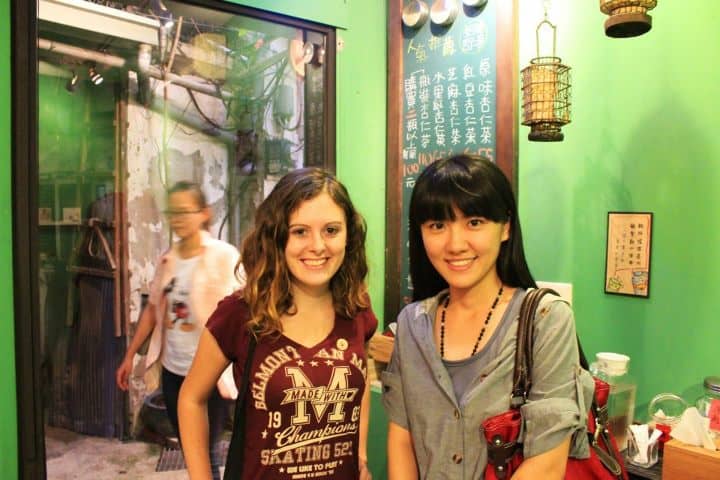 The Taiwanese Are Ridiculously Friendly

During my first visit to Taiwan, I met up with Lia, a Taiwanese girl I’d been chatting with on Twitter. At a cute coffee shop, I happened to mention I’d been hoping to visit Sun Moon Lake, but didn’t think I’d be able to do so (it was both hard to get there and around the lake without your own transport). Two minutes later, she had made a phone call and was eagerly telling me her plan: she was taking the day off work; her mum was taking the day off work; and they were both going to give me a tour of Sun Moon Lake.

They spent the entire day driving me around the lake, buying me lunch, taking me to temples, buying me gifts, and refusing to allow me to pay for anything.

This wasn’t an isolated incident.

When I accidentally stepped off the train at the wrong stop in Taichung and was looking lost and bewildered on the side of the road, with no idea how to get to my hostel, a girl took me under her wing: she led me to her apartment; made me a cup of tea; looked up my hostel online; wrote down the directions in English and Chinese for me; and sent me on my way.

I lost count of number of times someone took time out of their day to walk me to wherever I was trying to go — even if it caused them to be late in the process. When I was feeling lonely in Taipei, my hostel owner offered to take me to his grandma’s house to celebrate the Mid-Autumn Festival with his family; when I was the only one staying in my hostel in Hualien, the owner took me on his motorbike to an aboriginal dance show as a treat. I’ve never encountered friendliness like I have in Taiwan.

Even when travelling with a guy, I was thrilled to discover the Taiwanese were just as welcoming.

A group of hipster teenagers even ran up to Dave in the middle of a shopping mall, smiled at him, and earnestly called out, “welcome to Taiwan!”

No matter where we went, everyone wanted to welcome us to their country, to help us get to where we needed to go, and to do anything they could to make our stay a pleasant one. 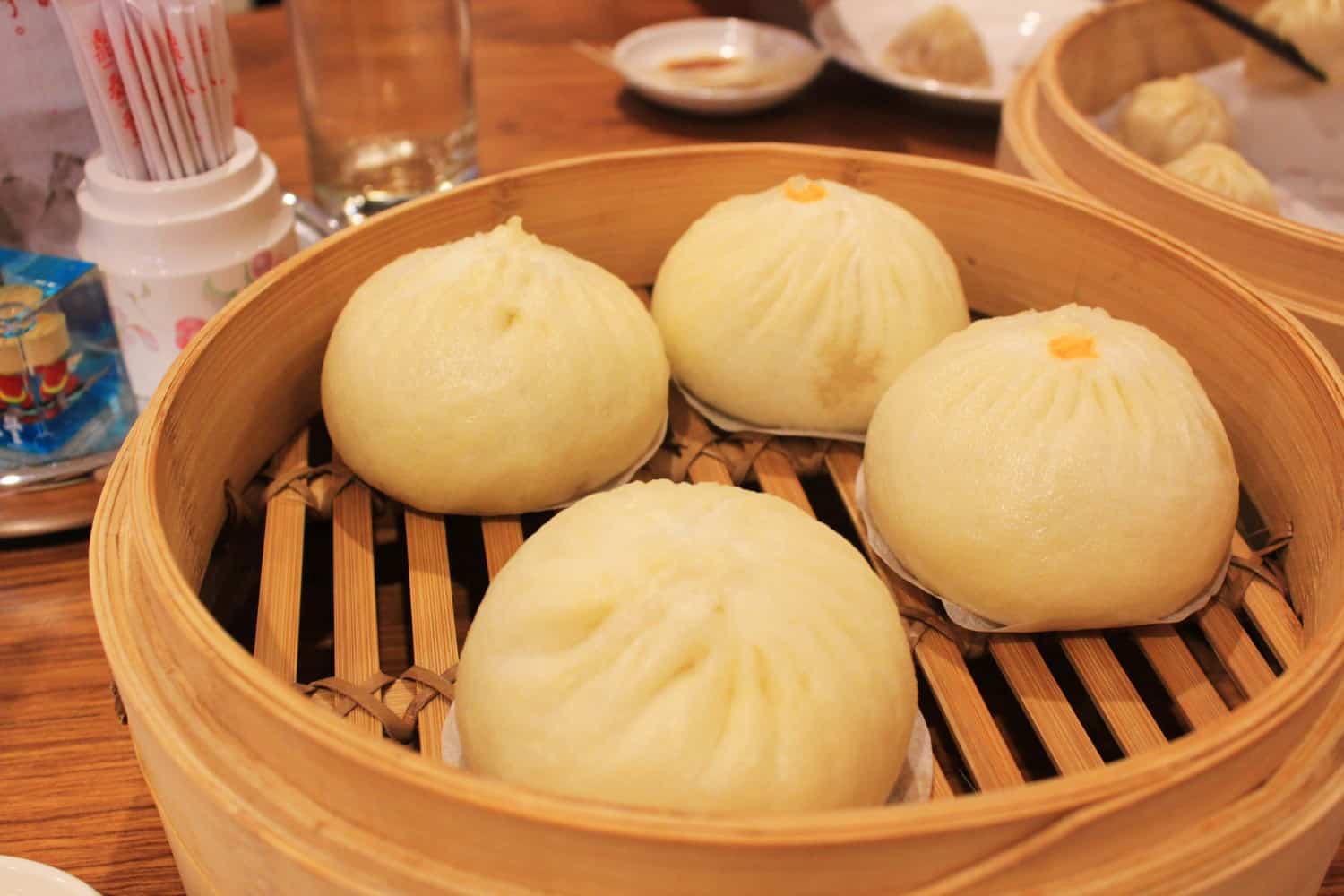 The Food is a Dream

Long time readers of the site will know that when I first arrived in Asia, I had never eaten rice or noodles. I’d lived a sheltered life and ended up spending my time in Taiwan eating junk food from 7 Elevens. Aside from those brief moments where hostel friends took me out to eat and I had to pretend I totally knew how to use chopsticks, I kept my eating habits firmly within my comfort zone.

I don’t know what I was thinking, because the food in Taiwan is AMAZING!

After my recent visit, I now firmly put Taiwanese food ahead of any other cuisine in the world. There’s the night markets you can find in every city, full of unidentifiable dishes of deliciousness. And though you’ll have no idea what you’ve just put in your mouth, I can promise it’ll be the most incredible thing you’ve ever tasted, and you’ll immediately order 10 more. 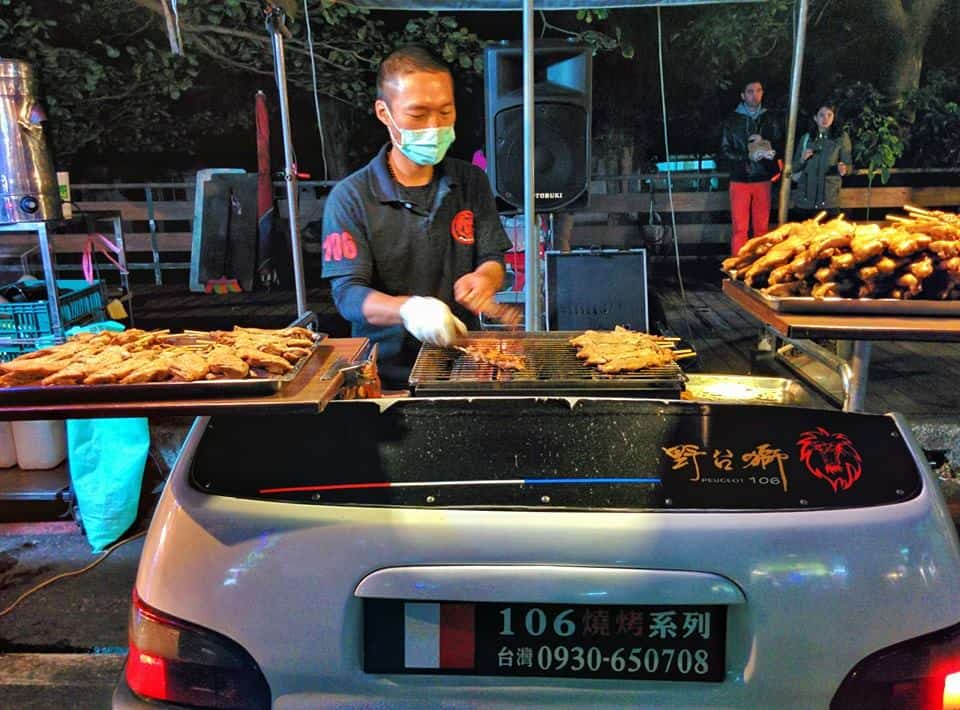 Everything else, though? The best. You need to come to Taiwan for the night markets and the food. I even prefer them to Thailand’s! 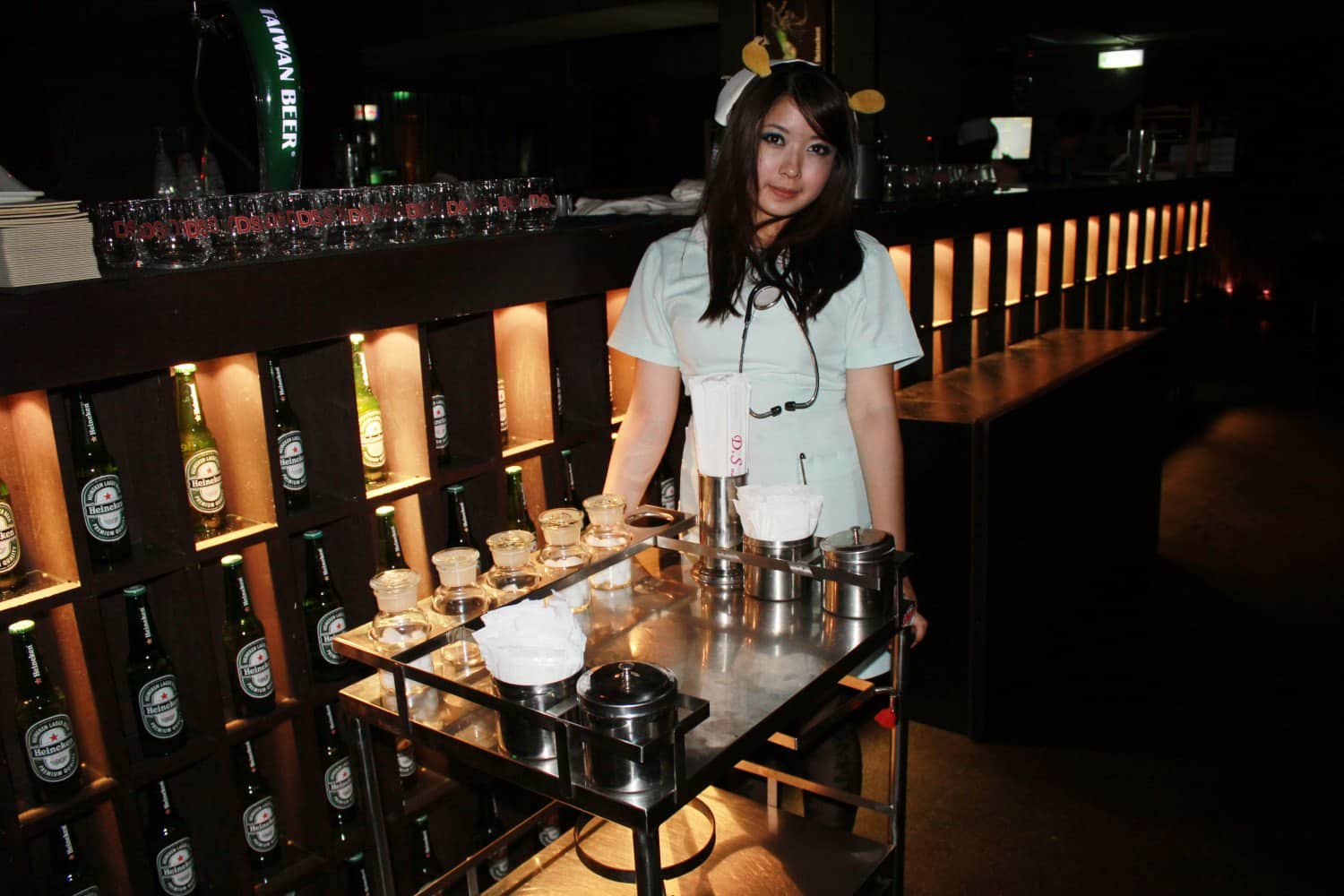 Taiwan is the Land of Themed Restaurants

It’s no secret I have an obsession with themed restaurants, and in Taipei, you could eat out at a different one every day for month and not run out of places to try. They’re so much fun! 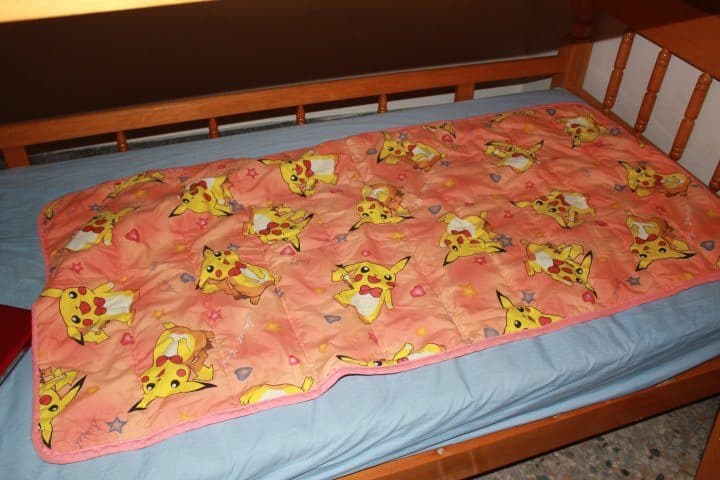 Taiwan is slightly more expensive than Southeast Asia, but if you’re a budget traveller and don’t mind staying in dorms, you can travel around the country for less than $30 a day. When I first visited, I averaged around $10 a night in accommodation costs (the bed in the photo above cost me $8 a night), and $5-10 on food. Transport is cheap-ish, with budget options, like taking local buses (around $15 from Taipei to Kaohsiung), and fun options, like taking the high speed rail for the same journey, at a cost of $50.

I’m not as much of a budget traveller the days, and I’m especially not when I travel with someone else. Dave and I paid between $20 and $50 a night for accommodation, staying in a mix of private rooms in hostels and guesthouses.

It’s Easy to Get Around

Taipei’s metro system is one of my favourites in the world: it’s clean and air conditioned, stops are announced in English, and everyone lines up on the platforms in single file. Getting from city to city is simple, too. Trains cover many of the destinations you’d want to visit, and the high speed rail makes travelling down the west coast fast and enjoyable. 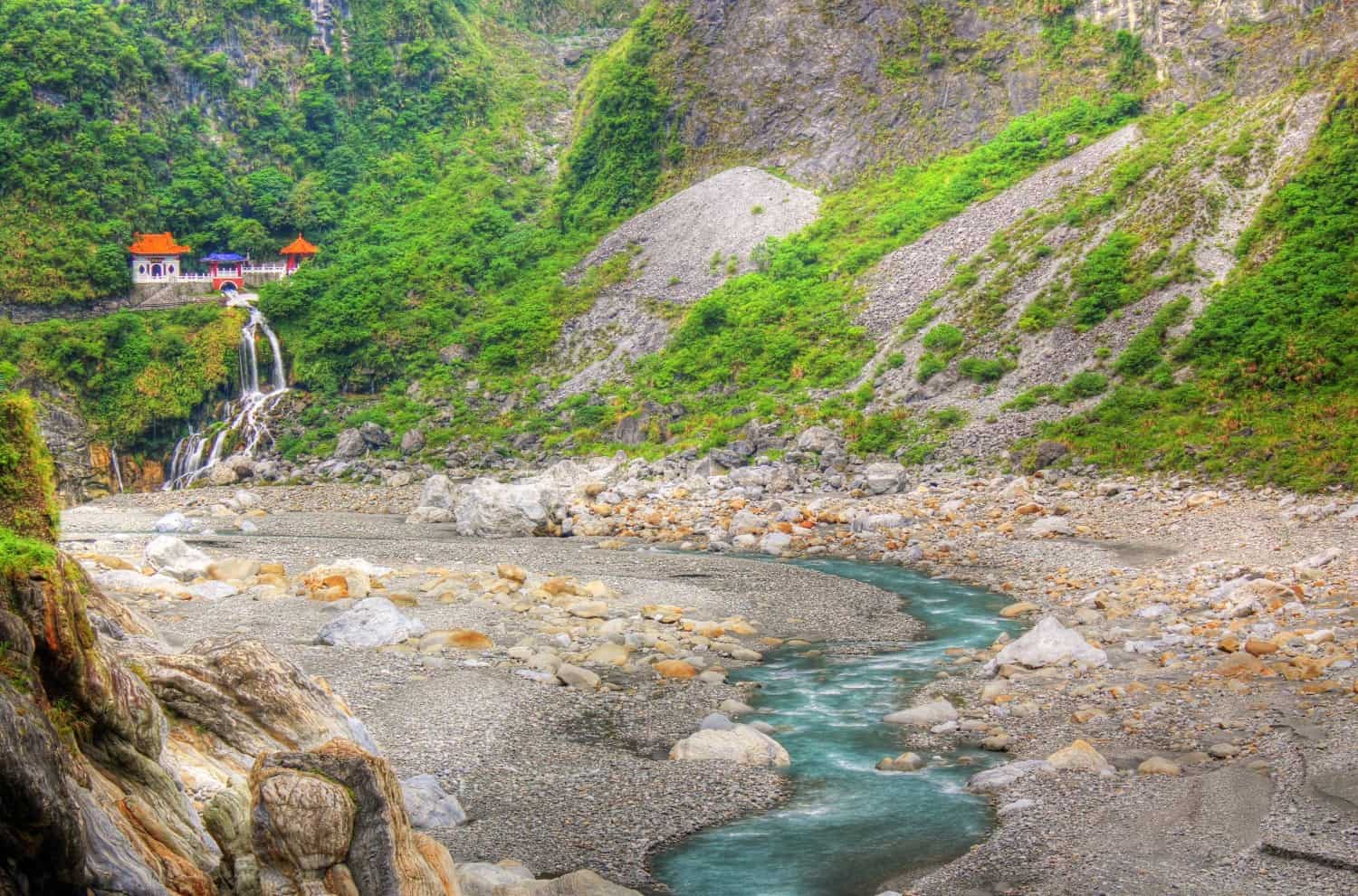 You’ve got the mountains and rivers in Taroko Gorge. 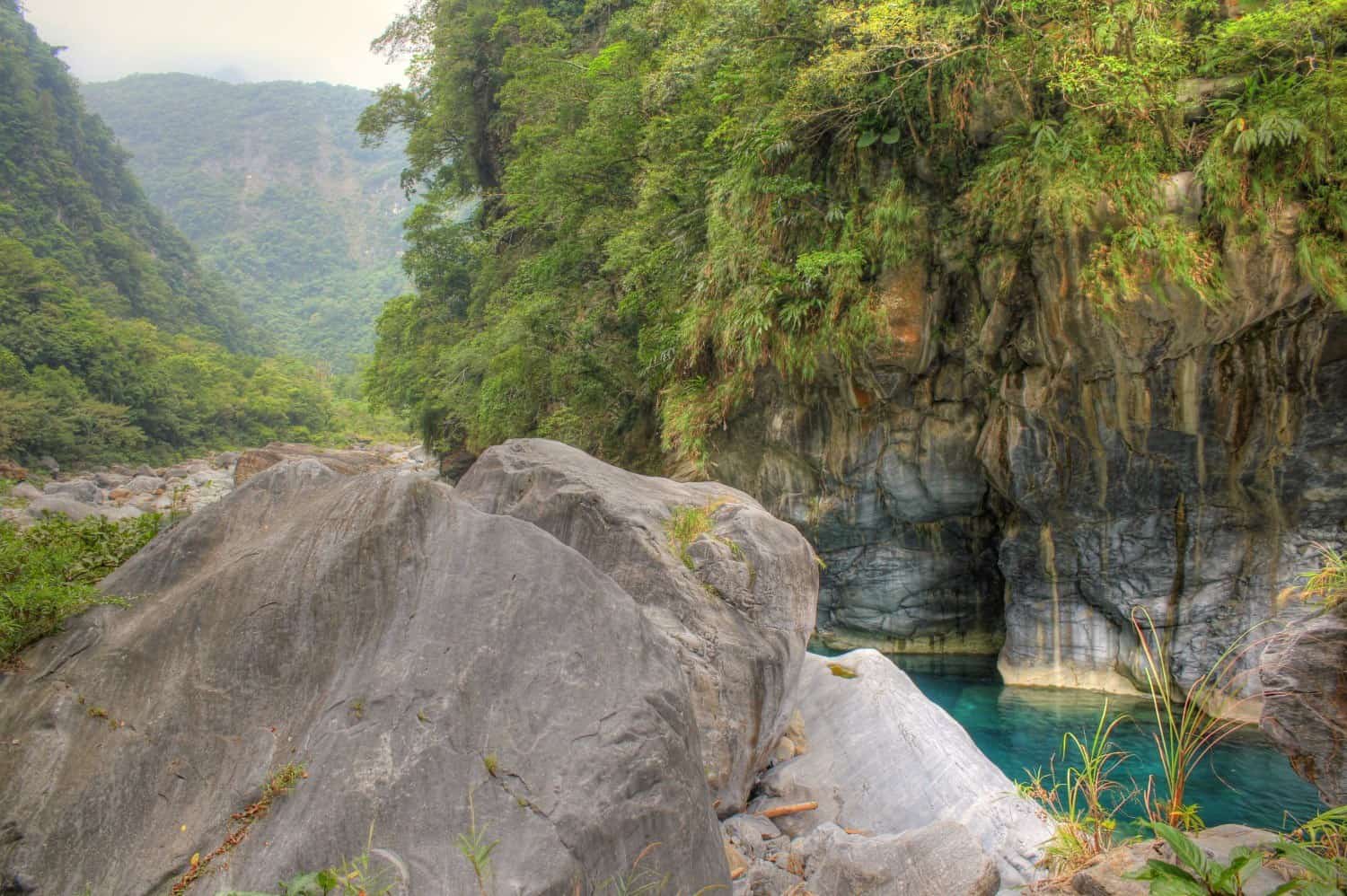 The beaches in Kenting. 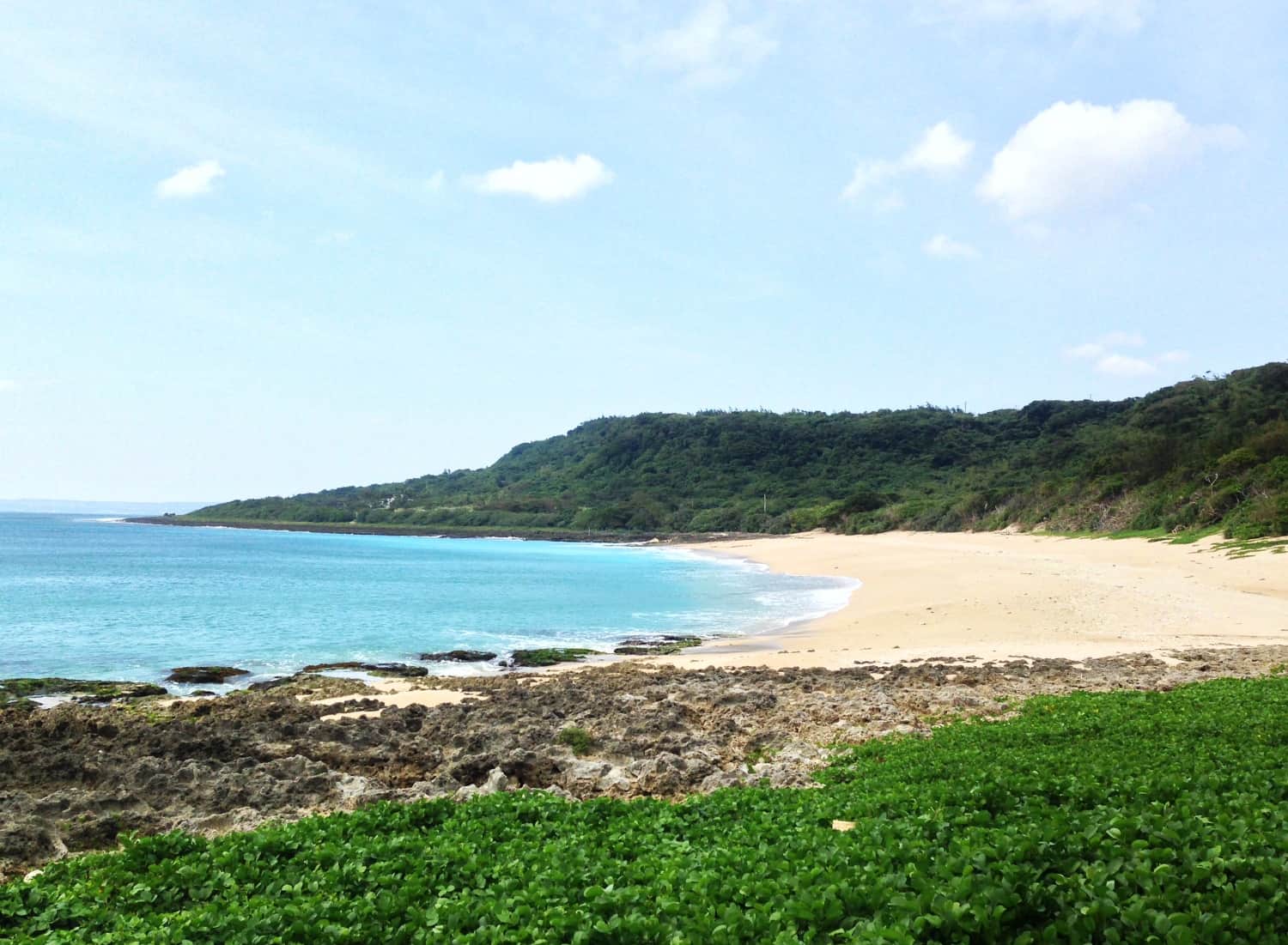 The temples in Kaohsiung. 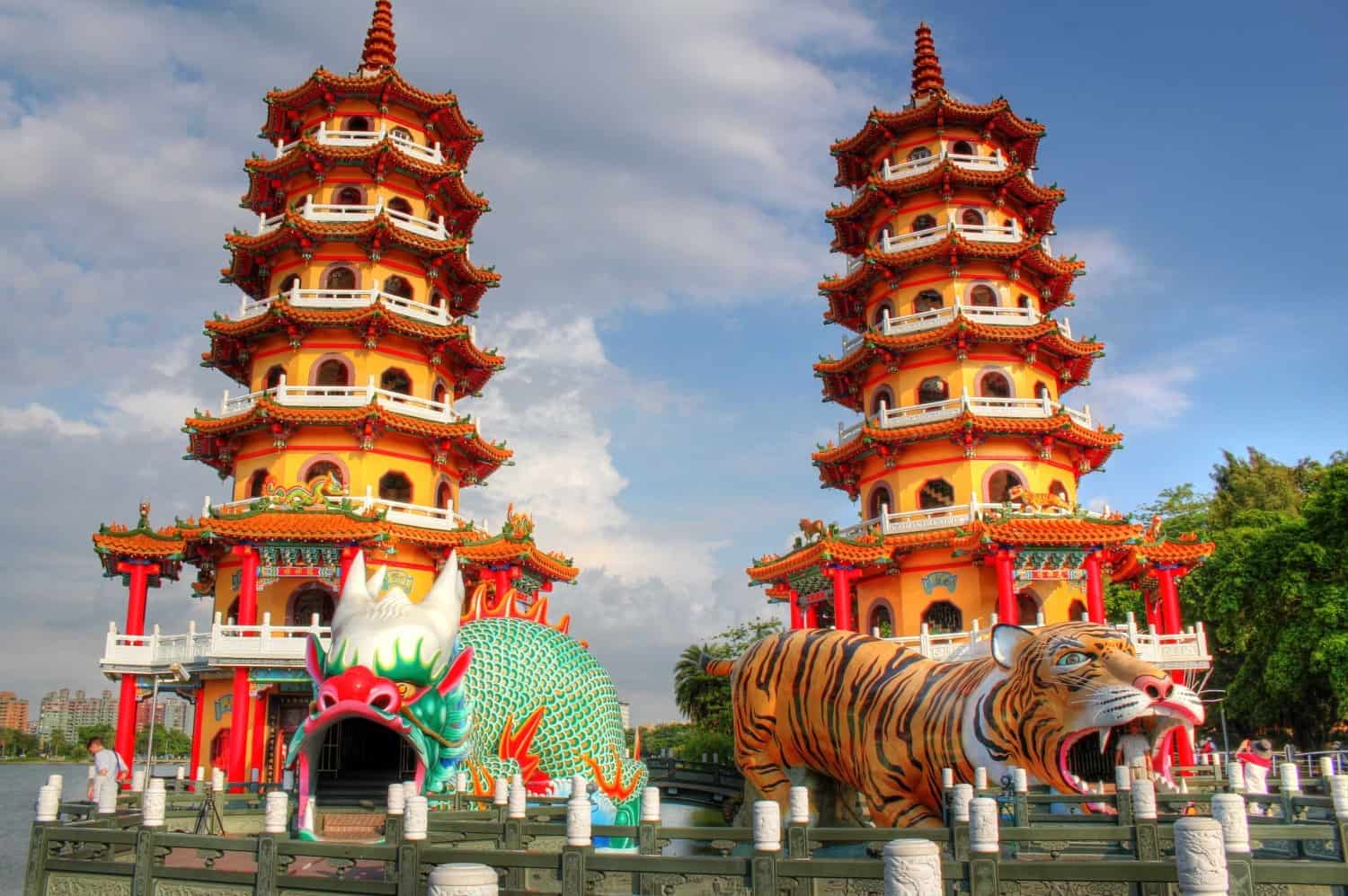 The lake at Sun Moon Lake. 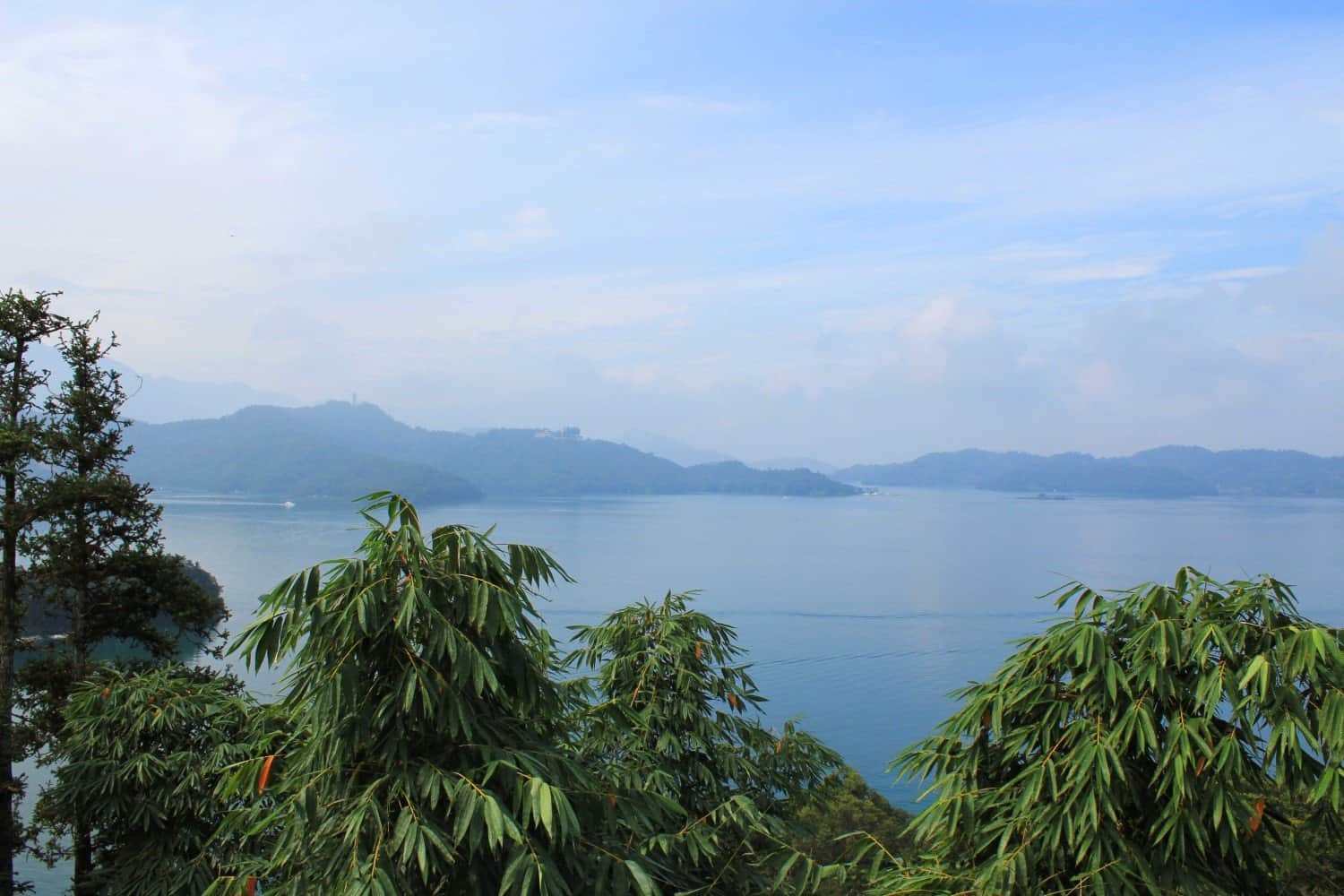 And so much more! I love the vibrant city chaos of Taipei, I still need to visit the hot springs in Beitou, I really want to try surfing and white water rafting in Hualien, and you can even hike up a dormant volcano. Taiwan has something for everyone, and it’s seriously beautiful. 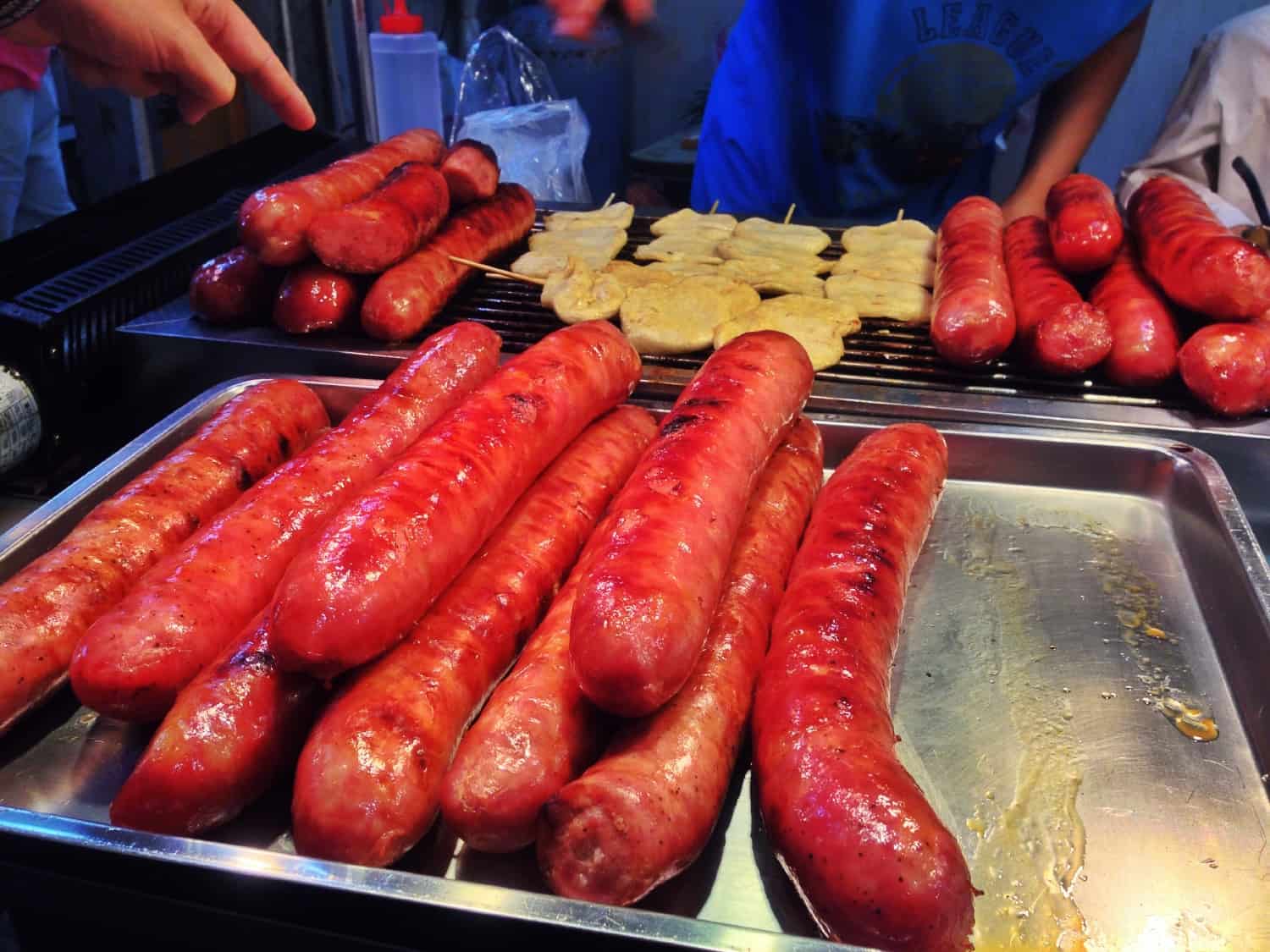 There Are So Few Tourists

One of the things that makes Taiwan so great is that you’ll often feel like you’re one of the only tourists in the country! When I befriended a local on my train from Taitung to Hualien, he added me as a friend on Facebook, and then updated his status to say “Wow! I met a foreigner on the train today!”

Because so few people do decide to visit the country, everyone’s so excited to see you’re there, and I lost count of the number of locals who welcomed me to Taiwan.

Getting off the tourist trail in many places in the world typically involves painful travel days and hours spent figuring out logistics. In Taiwan, it’s so easy! 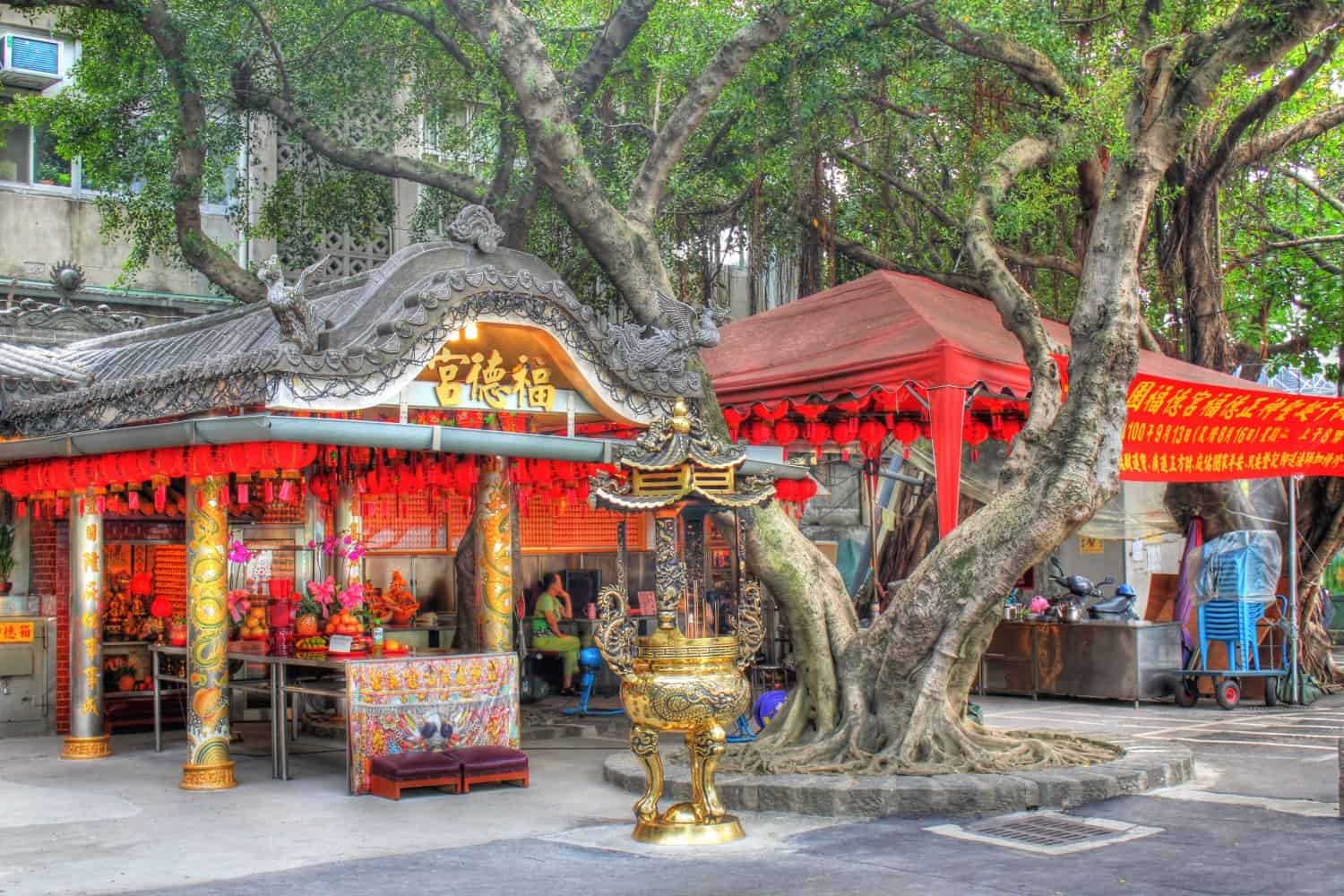 For such a small country, Taiwan has an incredible amount to offer.

If you’re looking to visit somewhere that has incredible food, is affordable and easy to travel around, has beaches to lie on and mountains to climb, and the friendliest people you’ll ever encounter, go to Taiwan.

What’s your favourite country? Have you ever been to Taiwan?

The Cost of Travel in Hong Kong: A 2022 Budget Breakdown

Cost of Travel in Sri Lanka: A 2022 Budget Breakdown

How to Spend Three Days in Phoenix, Arizona

How to Spend Three Days in Boston: A 2022 Itinerary

Why I Will Always Travel With an Osprey Backpack