After wasting my first two days in Kiev wandering around in the complete opposite direction with my map upside down, I knew I had to come up with a strategic plan so that I could see everything I’d originally wanted to but in half the time.

Despite having a thoroughly awful time whilst getting lost, some good did come out of it as I managed to accidentally walk right into a women’s monastery. The building was so obscure that I haven’t even been able to find out its name. Due to it being so far away from the centre of town I had the entire area to myself so spent quite some time wandering past the nuns (who were looking at me in confusion) and taking photos.

It had to be one of the prettiest buildings I’d ever seen in my life.

I loved the golden domes and use of vibrant colours. After having lived in London my whole life I’m used to grey architecture so I always get excited when I see pretty and colourful buildings on my travels. 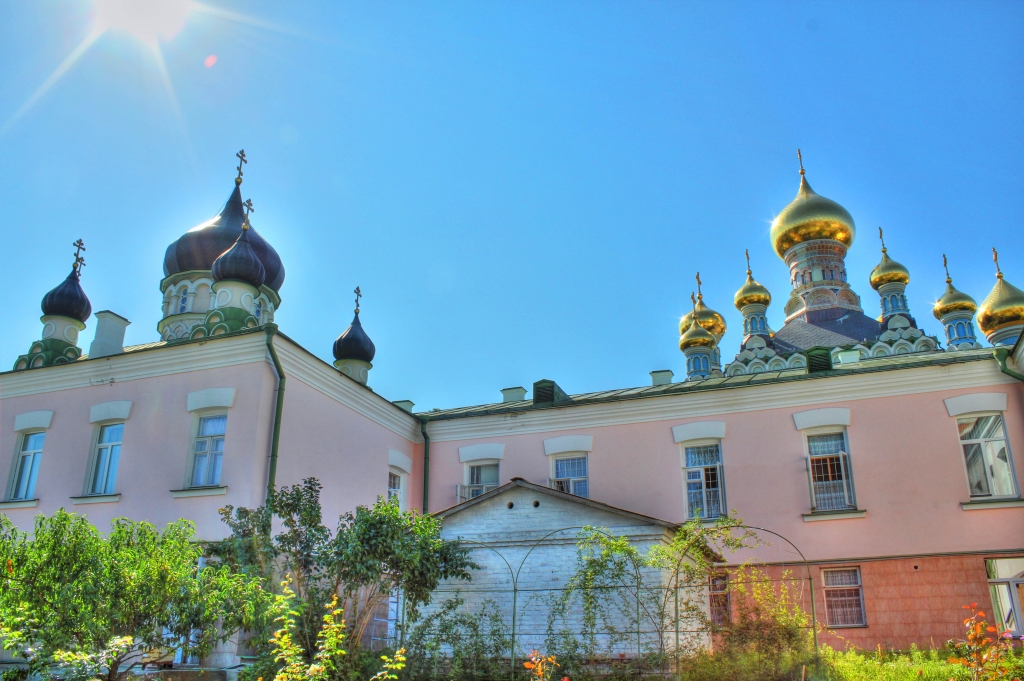 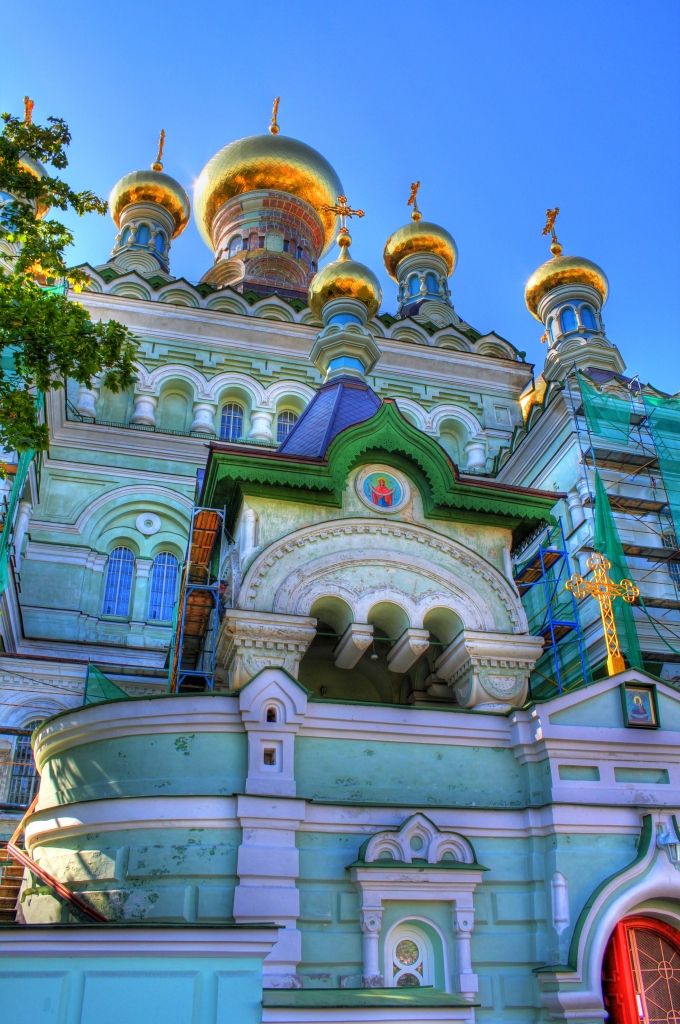 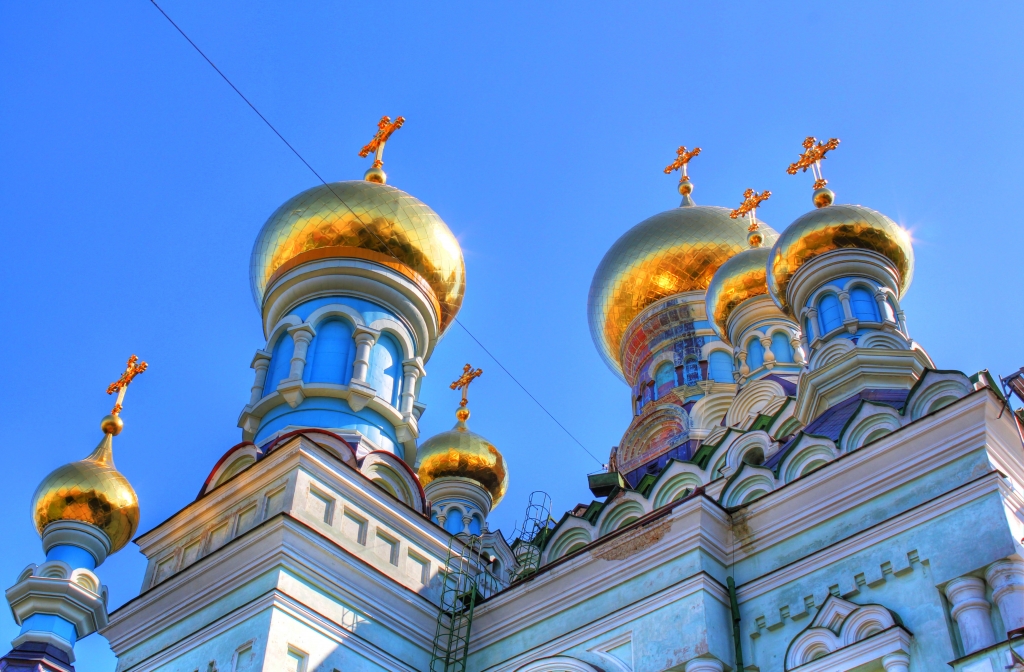 I spent the whole day hunting down the glints of gold in the distance.

The first stop for me was the famous St Sophia Cathedral –  a UNESCO World Heritage Site which once served as a burial place for Ukrainian princes.

You had to pay to go inside and as I didn’t have my money with me I wasn’t able to see the interior. I wish I’d had the opportunity to as the inside is filled with 6 foot high mosaics as well as over 300 pieces of art depicting events of political significance in Ukraine. For another fee you can also climb to the top of the belltower to look out over the surrounding area. 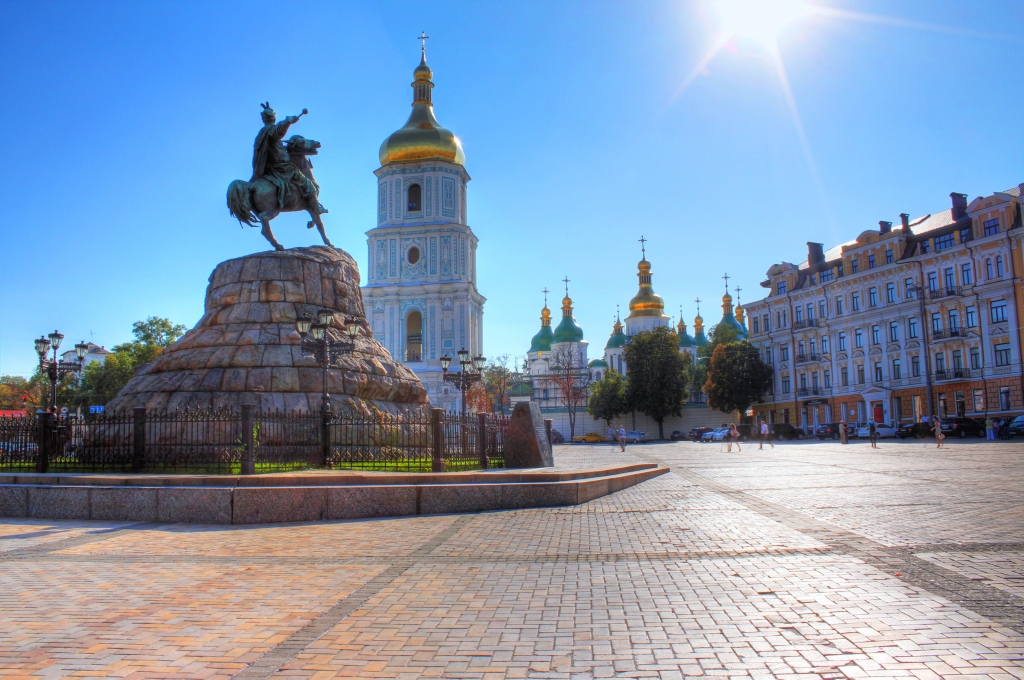 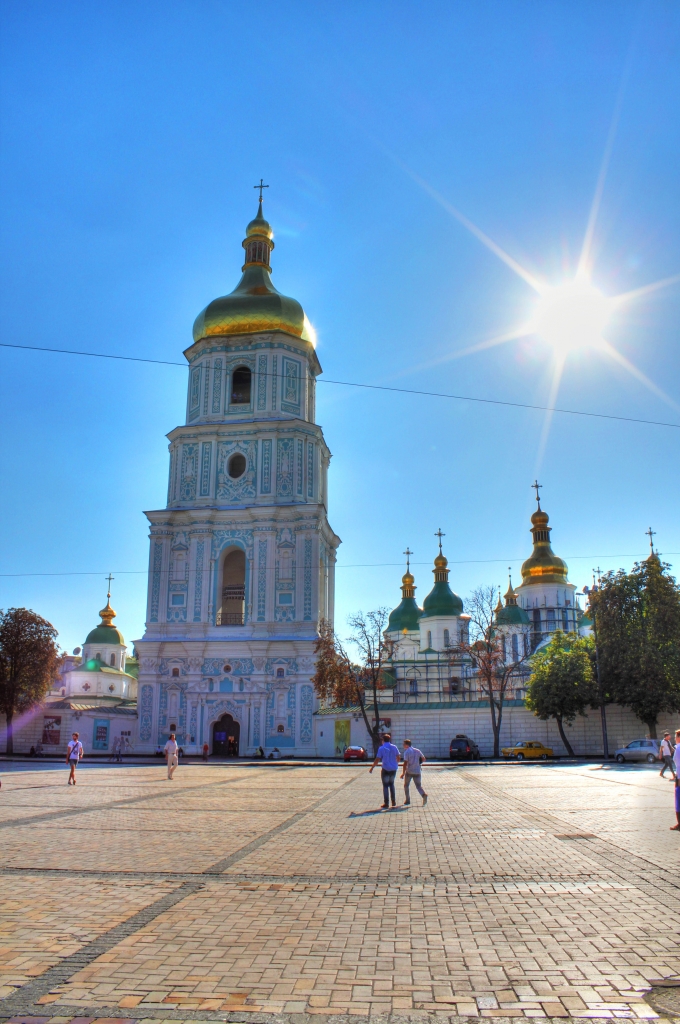 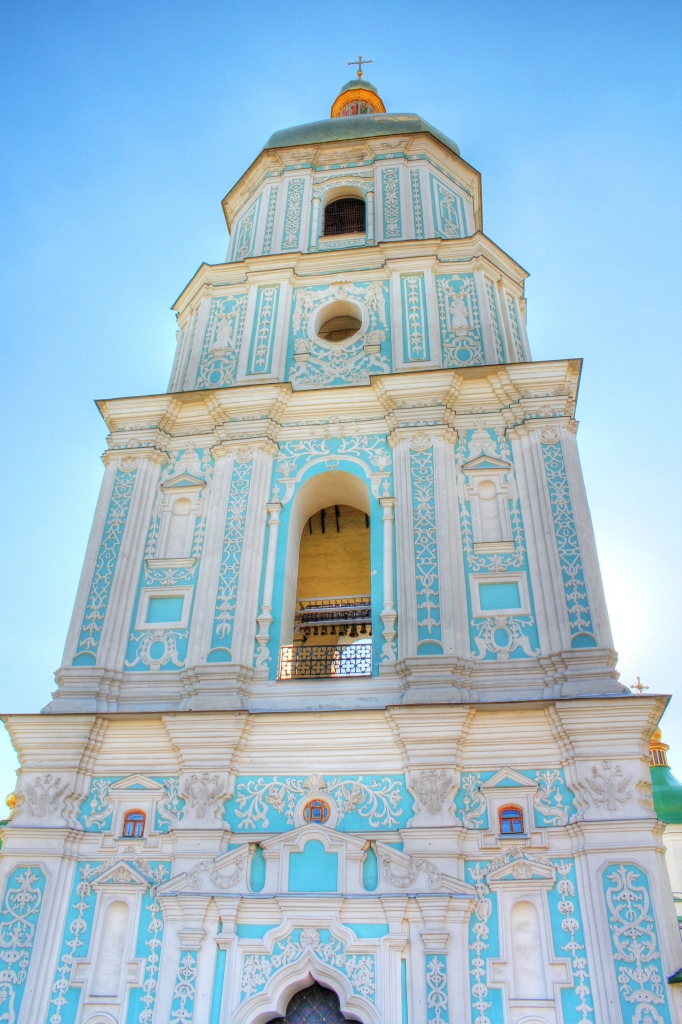 My other favourite church in Kiev has to be St Michael’s. Situated only 100 metres or so away from St Sophia’s, St Michael’s is one of the oldest functioning monasteries in Kiev, and was the first ever monastery to feature the golden domes that I love so much.

As I was walking around awkwardly trying to take photos of me outside the monastery the most adorable old man came running up to me and offered to take the photo for me. He then proceeded to spend the next 20 minutes positioning me in various different spots and taking my photo for me. He told me about how he had spent the last 40 years coming to St Michael’s and that as a young boy he used to play football in the building which has since become a small church known as the Church of St John the Divine. 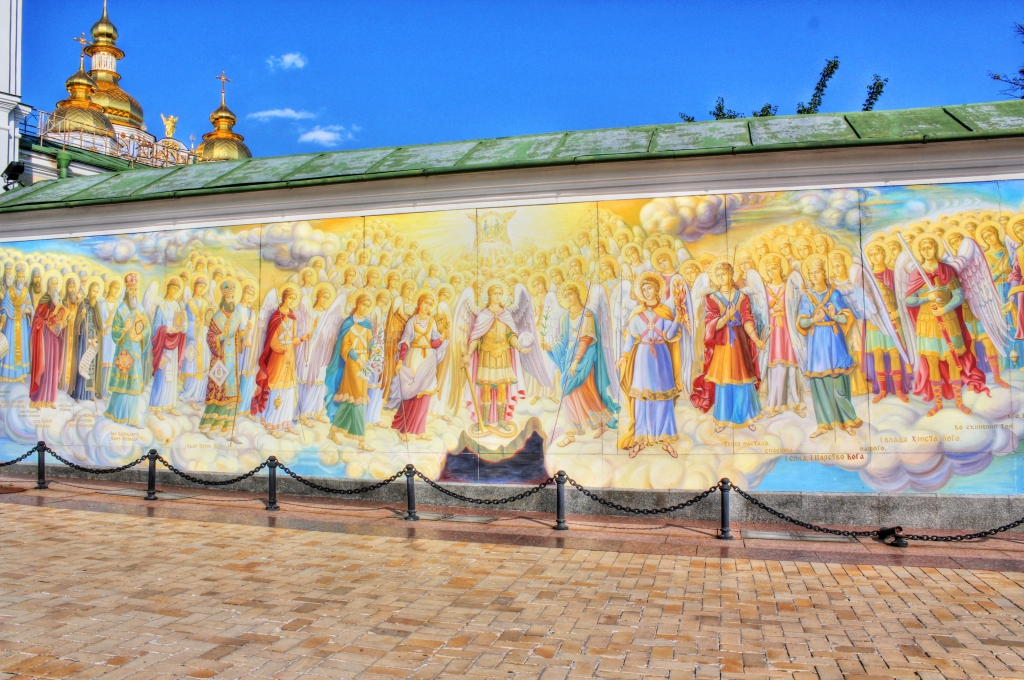 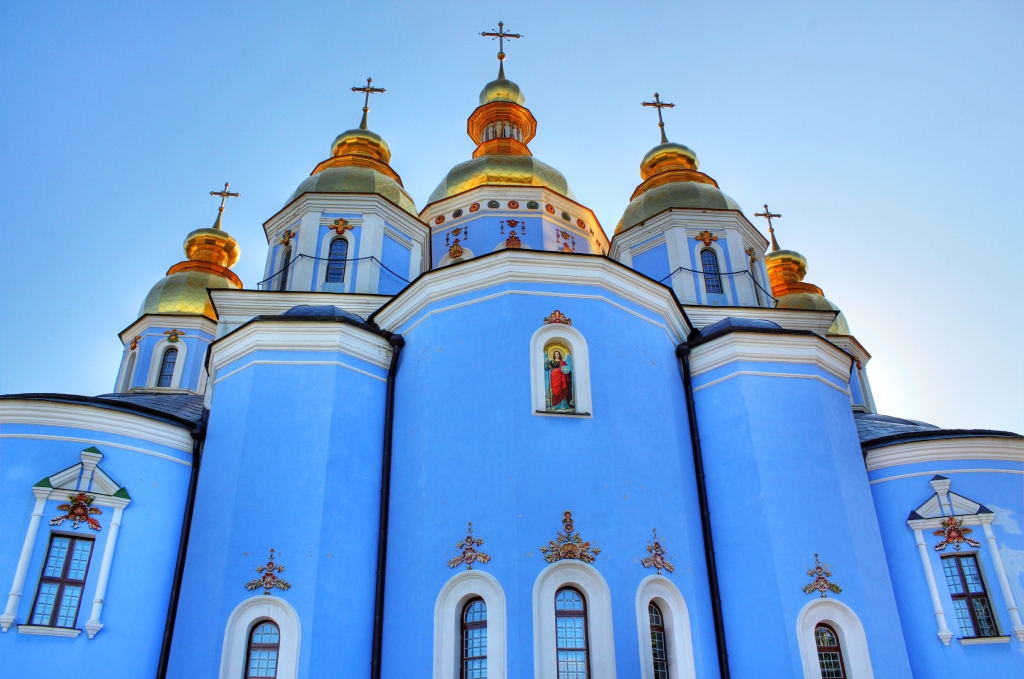 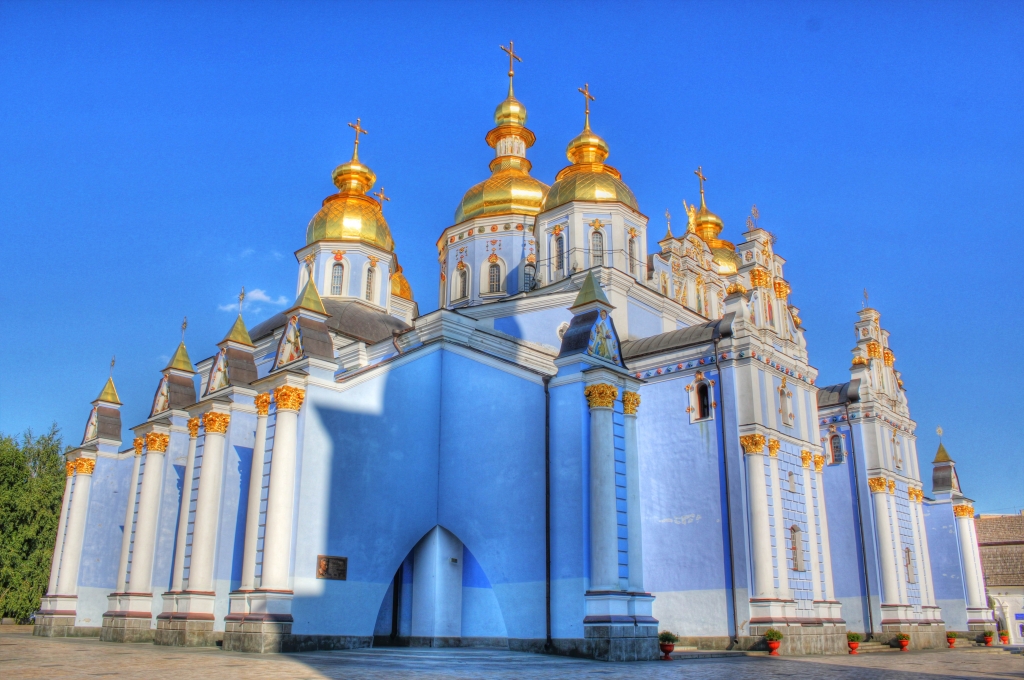 Due to my own stupidity I was unable to find any more churches in the time that I had left in Kiev which is a shame as I’d really had loved to have been able to visit even more.

My sole reason for visiting Kiev was to take a tour of Chernobyl and I didn’t have much interest in seeing the city itself. I was extremely surprised to find myself leaving completely infatuated the churches and architecture of Kiev. Have you ever visited a place with low expectations only to find that it becomes one of your favourite places?

The Cost of Travel in Morocco: A Detailed Budget Breakdown

The Cost of Travel in China (2021): A Detailed Budget Breakdown

Chasing Alligators in the Slidell Swamp

Getting Lost in Kiev