Disclaimer: I received a complimentary Ruakuri Cave Walk and Glowworm Boat Tour thanks to my partnership with Tourism New Zealand. All opinions expressed in this article are my own.

Before coming to New Zealand, the one thing that was right at the top of my list was seeing the glowworms in Waitomo. I had seen hundreds of incredible photos online showing people surrounded by magical-looking, glowing lights and instantly known that this was something I had to experience.

Dave had signed up for a crazy 100 metre abseil adventure in the days before arriving in Waitomo and had spent hours trying to convince me to join him, insisting that I’d find it “fun”. With visions of ropes breaking and Laurens falling, I obviously declined to go with him and instead spent my day working at Juno Hall. The wifi was provided by Global Gossip (free for YHA members) and was surprisingly fast for New Zealand internet. I spent my day writing in the cosy common room and watching movies with my fellow backpackers. 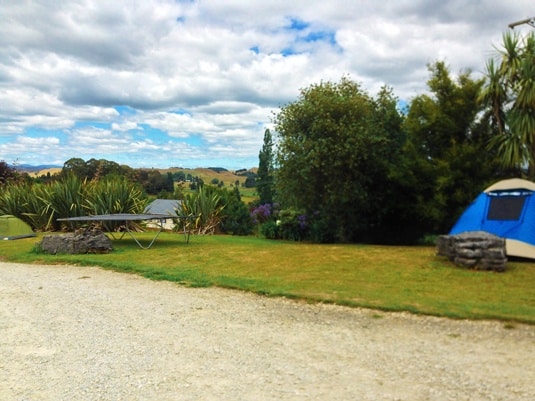 Dave arrived back at the hostel later that day, exhilarated, covered in mud and with plenty of ridiculous photos to show me.  After hearing all about their adventurous day, I decided I needed to do something equally as adventurous to prove to them both that I was actually a very courageous person. We decided to head out that night to find us some glowworms.

We were booked on a couple of glowworm cave tours the following morning but Dustin had previously visited Waitomo and knew of a good spot outside the caves where we could go glowworm hunting alone.

We waited for night to fall before driving down to the entrance of Aranui caves. I shivered as I warily eyed up the lone campervan in the carpark glistening under the full moon. Flashbacks of every horror movie I’d ever watched replayed before my eyes, the screeching of bats flying overhead doing nothing to calm my nerves.

I can do this…

The thirty minute trail to the cave entrance was unlit so we resorted to using the flashlights on our phones, Dave and Dustin shining it at their feet, me carelessly shining it backwards into Dave’s eyes.

With only the thud of our footsteps to keep us company, I couldn’t shake the feeling that we were being followed, hunted even. I imagined the newspaper headlines chiding the careless backpackers who went wandering down unlit trails in the middle of the night. Our irresponsible parents would be judged, our stupidity mocked and there’d be yet another Reddit thread saying I deserved to die.

I bit down on my lip, forcing myself to keep my whimpering under control and refusing to admit to my gripping anxiety.

A few minutes later, I really started to feel uncomfortable as I watched both Dave and Dustin shuffle through a small tunnel and disappear into an envelope of darkness.

I forced myself through the gap and when I saw what was on the other side I instantly forgot all about my fears.

Fluorescent glowworms were dotted over the cave walls, illuminating the track and tricking my mind into thinking that I was gazing up the night sky. We turned off our lights and as the darkness deepened, the glowworms became more and more noticeable, trees and bushes looking as if they were littered with fairy lights.

It was truly an incredible, magical experience. Several times I had to remind myself that the lights were real, that the glowing lights were insects.

And, yes, it was near-impossible to get a good photo of them. 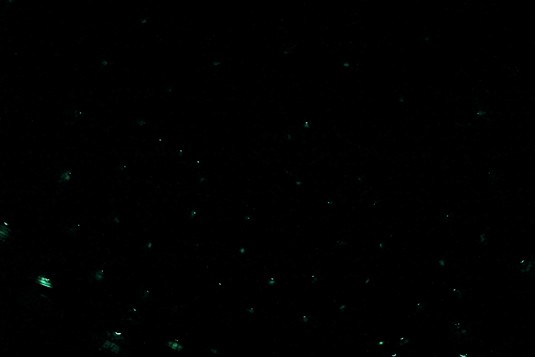 The following morning I awoke excited. I was looking forward to spending the entire day actually entering the glowworm caves and seeing even more than I had last night.

We arrived and were immediately placed into groups of around thirty people. We lined up at the entrance and watched as the groups began entering the caves at 10 minute intervals. There were screaming children, obnoxious adults and I was already feeling disappointed by the experience before we’d even entered the cave.

There’s no denying that the cave itself was impressive, a huge cavern filled with enormous stalagmites and stalactites. We were ushered through the cave, pausing whenever we caught up with the tour group ahead of us, barely able to hear the tour guide due to the noise from both the surrounding groups and ours.

I was feeling pretty underwhelmed — in my opinion, there is a huge difference between seeing them alone surrounded in silence to seeing them with 100 other people who were chattering excitedly and noisily. 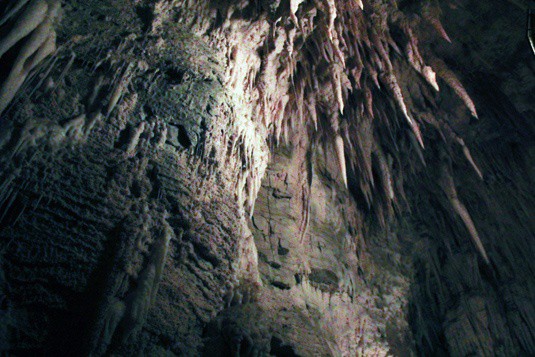 The tour through the cave was brief and we were soon lining up for the boat ride, a five minute ride through a “Glowworm Grotto”. We queued for twenty minutes before finally reaching the front of the queue.

As we slowly drifted away from the bright lights of the queueing area, our guide motioned several times for us to remain silent.

“WOAAAAAH! LOOK AT THAT, MUMMY!”, the child behind us bellowed before dissolving into laughter. With his Mother doing nothing to silence him, he began loudly pointing out every single glowworm.

And then his sister started loudly talking too.

Despite the guide repeatedly gesturing for them to be quiet, the children shouted and spoke for the entire boat journey.

Which kind of spoiled the moment for me.

I spent my time in the caves feeling irritated rather than awed, frustrated rather than excited. I ended up feeling pretty disappointed with the whole experience. The shuttling of tour groups through the caves every few minutes and the badly-behaved tourists had made the experience underwhelming and unpleasant.

And yet, our day wasn’t over — we were now heading over for a guided tour of Ruakuri Cave. 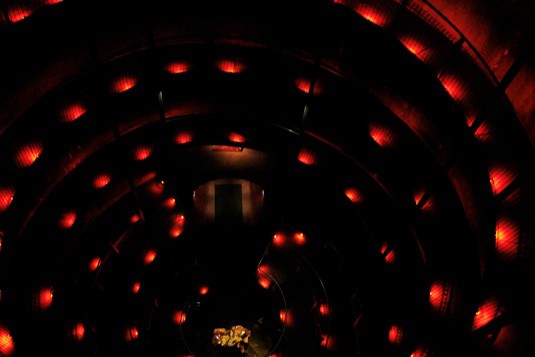 While the tour of Ruakuri Cave was slightly better, I’m afraid to stay it was still disappointing.

Our tour group was about half the size of our previous one, which made everything a little more manageable. The Ruakuri tour was longer, more detailed (though the tour guide was unenthusiastic and appeared to be bored most of the time) and you got to see a lot more of the caves and glowworms.

The most enjoyable part was when the tour guide switched off every single light and we had to make our way through the tunnels in absolute darkness. With no children on this tour, it meant that there was complete silence for the walk, which added to the magical atmosphere of the cave. 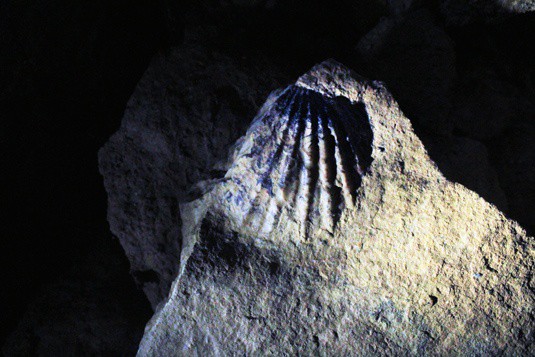 As a (mostly) independent traveller, I often try to avoid these tour group situations if at all possible, preferring to find a way to see attractions without five million people screaming in my ear. Given that the glowworm boat tour costs $48 and the Ruakuri Cave tour $67 ($83 for a combined ticket to see both), I couldn’t help but feel like they’re overpriced and poor value for money.

If you’re going to Waitomo and want to see the glowworms, you don’t need to take a tour. Drive to Aranui Caves at night and go see them yourself. It’s a far, far better experience — you can stay for as long as you want, you’ll likely be the only people there and it’s completely free to experience.

29 Things to Do in Wellington, New Zealand

How to Spend Three Days in Miami: A 2022 Travel Itinerary

A Music-Themed Trip Through the American South

Confession: I Think About Cancelling Every Trip I Book

The Absolute Best Things to Do in Cologne, Germany

53 Best Things to Do in Venice

How to Spend Three Days in Phoenix, Arizona