“Hey, look at that island in the distance! We should totally rent a kayak and paddle out there! It will be so much fun.” 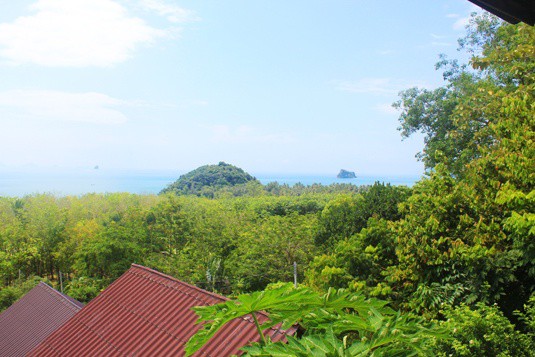 After spending two hours canoeing on a lake in Bali, I now consider myself to be an expert in all sports that require you to wave sticks in a body of water. Looking out towards the tiny island of Koh Nok, I estimated that it would take no more than five minutes of fierce paddling to get there.

Somehow managing to convince Dave that this was an excellent idea and that we would have an amazing time, I dragged him over to the nearest kayak shop to enquire about prices.

We decided to take the cheapest and crappiest option as renting a kayak is apparently ridiculously expensive. As I gazed out across the ocean, I couldn’t help but notice Koh Nok looking a lot further away than I had imagined. Ignoring Dave’s claims that it would take hours to get there, I confidently claimed that it would take just 10 minutes. We were experts now. 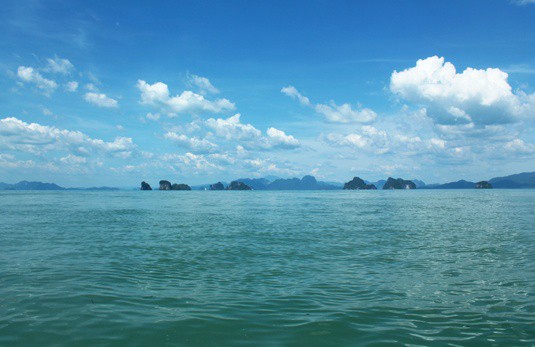 Throwing our cameras, money and everything else that is important to us into a dry bag, we encountered our first problem when we realised that the kayak was essentially a floating slab of plastic with nowhere to keep our stuff. A kayak that looked extremely likely to topple over from even the slightest movement.

Dave decided that the logical thing to do would be for me to look after the bag and attempt to keep it balanced on top of the canoe because clearly he is insane.

Somehow we managed to clamber on top of the violently rocking kayak without knocking anything into the water and then, as we were handed our oars, I focused on our target and I began to row.

Unfortunately, for both me and him, Dave was temporarily watching until his screams alerted me to the fact that the amount of salt water I had thrown in his face had blinded him.

Swinging myself around to see if he was ok, and nearly knocking our bag into the depths of the ocean in the process, I was horrified to discover that we had barely even moved from our starting point.

I was exhausted. We had been paddling for 10 minutes and had travelled about 3% of the total distance. We should be there by now!

For the next hour I cried, I grunted and I screamed. I was soaked in sweat, I felt like my arms had been ripped from their sockets. I thrashed wildly in the sea, desperately battling the tides. Every time I tried to rest, the waves would take me right back to the start again.

I couldn’t stop, I couldn’t rest, I had to keep going. 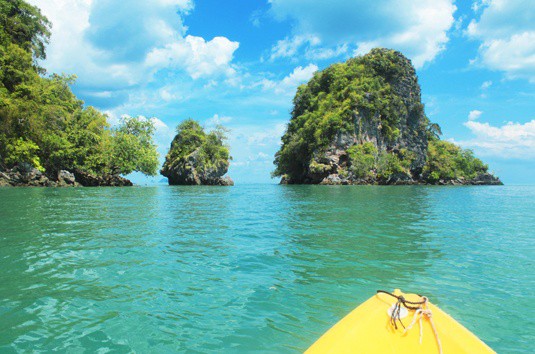 An hour later than I had anticipated, we finally arrived at Koh Nok.

We pulled up to our island paradise and dragged our kayak across the beach, trying to avoid hitting the hundreds of people sunbathing there.

We hadn’t realised that Koh Nok is a popular lunchtime stop for the many boat tours of Phang Nga Bay, so we got to share our tiny island beach with hundreds of tourists. We found a small patch of beach in the shade and laid there glaring at everyone else.

It was definitely not worth the pain and torture of getting there.

An hour after arriving, we watched the last tour boat race away from the island and as we looked around, the beach couldn’t have looked more different than when we had arrived.

It was paradise and we finally had it all to ourselves! 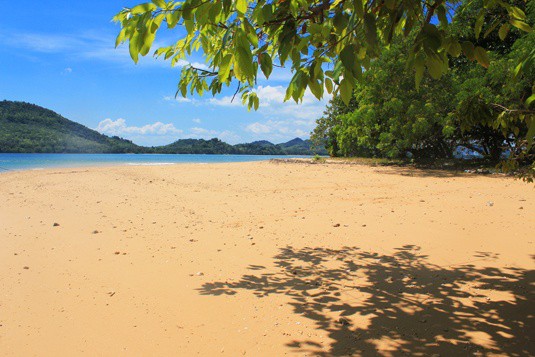 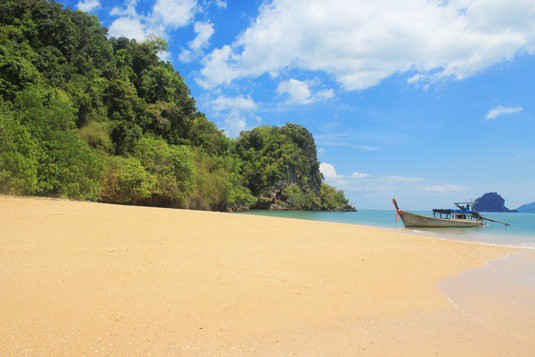 For the next hour we sunbathed on our private beach, we swam in the warm shallow sea and I had a panic attack when I ran excitedly through the trees only to come face to face with an enormous komodo dragon. This is the one time I am not exaggerating. It was about 6 foot long!

It was definitely time to leave. 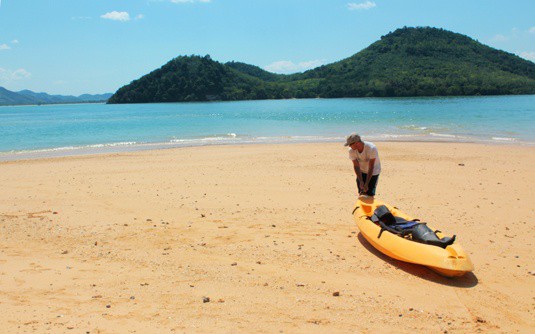 I had hoped that the journey back to Koh Yao Noi would be easier but it was much, much worse. With a strong wind forcing us sideways we were constantly battling to keep facing forward while simultaneously paddling sideways so we didn’t end up on the other side of the island

Had you been there and closed your eyes, you would have thought a game of tennis was going on from the noises I was making…

Fortunately, the tide was out when we finally arrived back, meaning that we had a whole 20 metres less to paddle. Believe me – it makes a difference. As we gingerly crawled off the kayak and collapsed on the rocks below, I knew we were thinking the exact same thing:

New Zealand on a Budget: A 2022 Expense Report

Eating at a Hospital Themed Restaurant in Taipei