“You like beer, Miss Lauren?” a voice called out as I stumbled groggily out of my guesthouse.

Wiping the sleep from my eyes, I turned towards the noise and looked up in a daze – just in time to see an ice cold can of Angkor Beer rushing towards me.

“Oh, Miss Lauren, I’m so sorry”, my tuk-tuk driver apologised as I stared at the can rolling around by my feet in confusion.

Beer? At 4am? What on earth is going on?

I had somehow been convinced the previous day that it would be a great idea to watch the sunrise over Angkor Wat that morning. At this particular moment, however, I was beginning to regret that decision. With little sleep the night before, I was feeling like death and being suddenly attacked by beer cans wasn’t making me feel any better…

I wasn’t allowed to feel sorry for myself for very long as I was soon being dragged outside by my driver, who was now pointing manically at the back of his tuk-tuk.

Attached to the back of his tuk-tuk was a brand new Angkor Beer advert.

“I am now sponsored by Angkor Beer. They give me big crate of 50 beers to thank me. Look! I have so much beer!”

He lifted up the seat, revealing a giant crate of beer in an ice cooler.

I had a sunrise over Angkor Wat to watch. 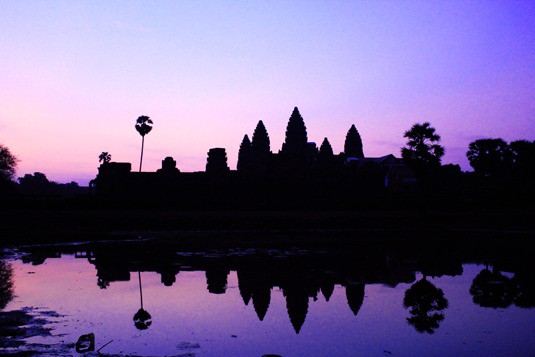 Fast forward several hours and I was hot, sweaty and exhausted from my day of pretending I was Indiana Jones.

I fought my way through the swarms of children trying to sell me postcards and bracelets and clambered into the tuk-tuk, only to see my driver immediately leap out and come and join me on the backseat. 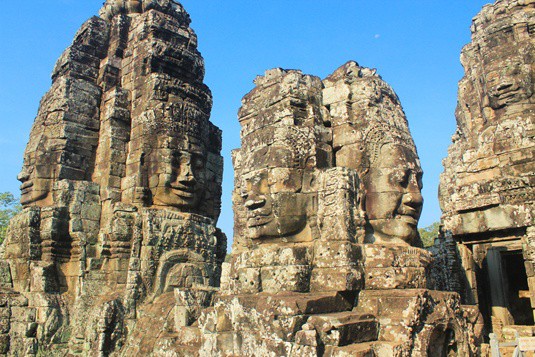 “Miss Lauren! I would be honoured to have you come visit my house now to drink my beers with me. I can invite my friends too!”

Ordinarily, I would have jumped at the chance and I know I would have had an amazing time. Had I been with friends, with Dave, or even with just one other female, I would have said yes without even thinking about it, but because I was on my own…

Whilst I’m sure I would have been perfectly safe and that would have had an amazing evening, I just couldn’t allow myself to go.

How could I just follow a stranger to his house and get drunk with him – knowing very little about him, and knowing that my low alcohol tolerance means that after just one beer I can barely even stand up straight? I know I tend to do really stupid things while I travel, but there is still that 2% of my brain that occasionally forces me to make sensible decisions – and I just couldn’t ignore it this time.

I felt terrible as I awkwardly made my excuses and saw his smile fade and the disappointment in his eyes. I wanted to go, but the fact is that as a woman on my own, I just didn’t feel safe putting myself in that situation.

Sometimes we  just have to listen to our intuition.

I’m a big advocate for solo travel – I truly believe it is one of the best, and most important, things anyone can do, and I think most people should try it at least once. It’s changed my outlook on life, I now feel a lot more comfortable in my own skin and I have so much more confidence – something that I probably wouldn’t have gained from travelling with someone else.

But sometimes, travelling alone can prevent you from doing something you really wanted to do.

And that’s when it sucks.

Have you ever had to turn down an amazing opportunity because you were travelling alone?

How to Spend Two Perfect Days on Inle Lake

…And then the brakes failed

Chaotic Marrakech: My Introduction to Morocco

The Belize-Guatemala Border and the Worst Bribe Attempt Ever

The Bizarre Temples of Phayao