I hadn’t heard of Sun Moon Lake before arriving in Taiwan and I stumbled upon it by accident when I was researching where to go after Taipei. It looked beautiful and I instantly put it right at the top of my list of places to visit. Of course, I felt that way about everywhere I visited in Taiwan.

However, I soon found out that it is not a destination for the budget traveler as I was unable to find anywhere to stay for under £100 a night!

The only way to do it on the cheap is as a day trip from Taichung.

When I got to Taichung I discovered that it was ridiculously complicated to get to the lake for the day and would require me to change buses numerous amount of times and be able to speak Chinese. Luckily, my amazing friend Lia offered to take the day off work so that she and her mum could show me around the area.

Sun Moon Lake is the largest natural lake in Taiwan and is arguably one of the prettiest areas of the country. It is located in amongst the striking mountains of Nantou County and gets its name from the fact that the eastern side of the lake is shaped like a sun and the western is shaped like a crescent moon. 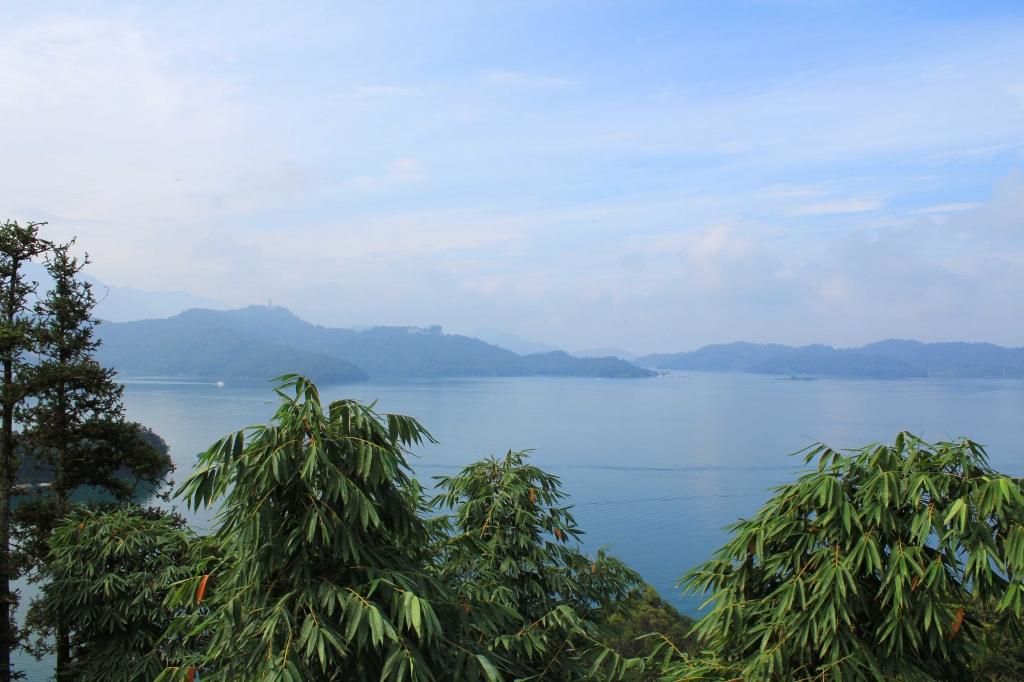 The Sun Moon Lake area is home to one of Taiwan’s 11 aboriginal tribes, the Thao tribe – and their holy ground is found on the island in the middle of the lake, known as Lalu Island.

Taiwanese legend states that the Thao tribe first discovered Sun Moon Lake whilst chasing a white deer through the surrounding forests and mountains. After several hours of chasing it, the deer led them to the lake and then disappeared into the water. The Thao tribe spent the night by the lake, during which time one of the elders dreamed of a white fairy who came to him and said “I am the deer that led you here. This place is your promised land. Please don’t leave, because generations will come.” The Thao people remained and have now lived by Sun Moon Lake for over 100 years. Today, the white deer is immortalised as a marble statue on Lalu Island.

The first stop of the day was the beautiful Wen Wu Temple. It is one of the larger temples that I have visited and consists of three halls called The Water and Clouds Hall, The Martial Sage Hall and Da Cheng. 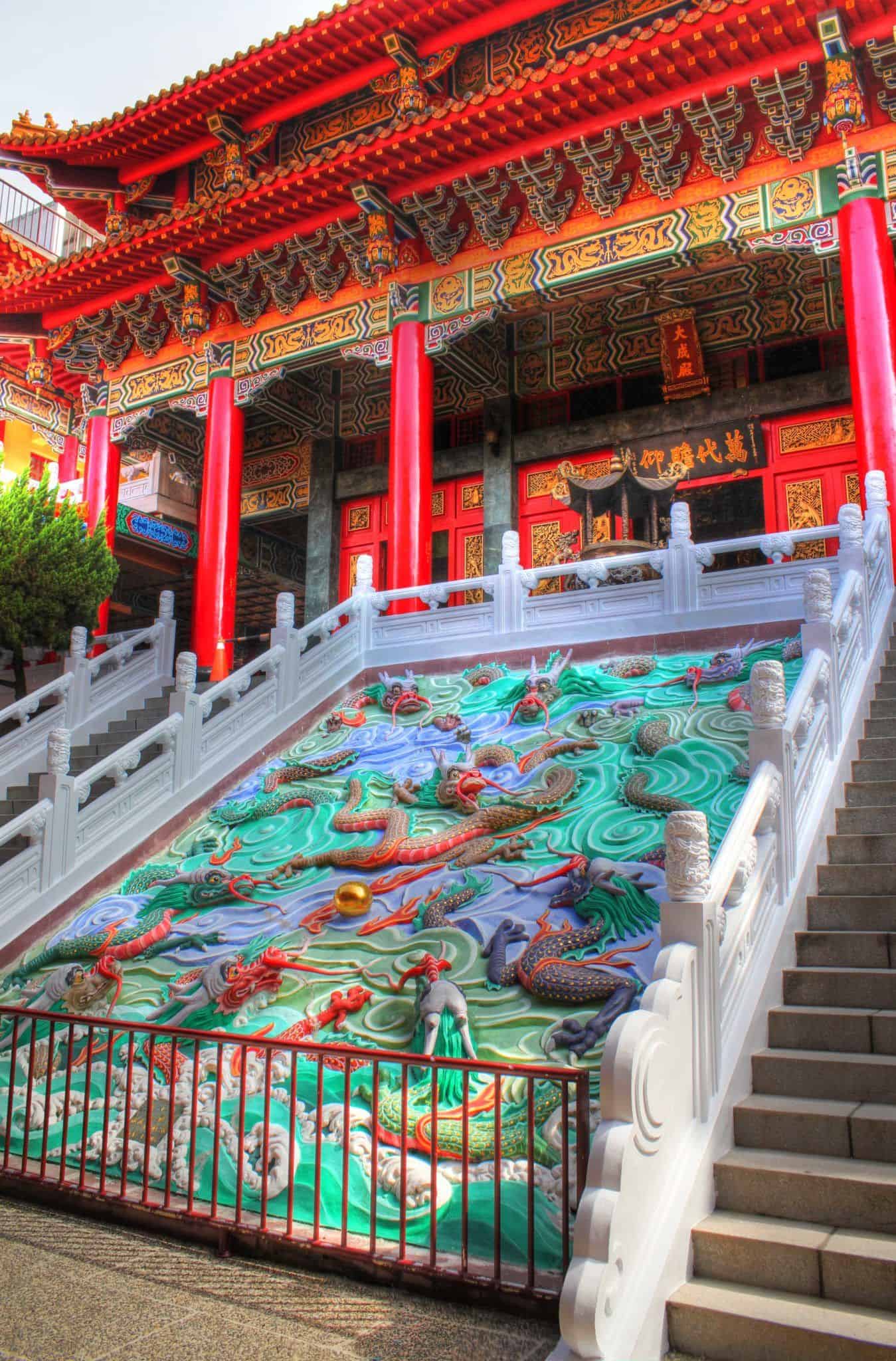 After spending thirty minutes walking around the temple and taking pictures we discovered that you can climb up to the roof of the temple to get an amazing view of the entire Sun Moon Lake. 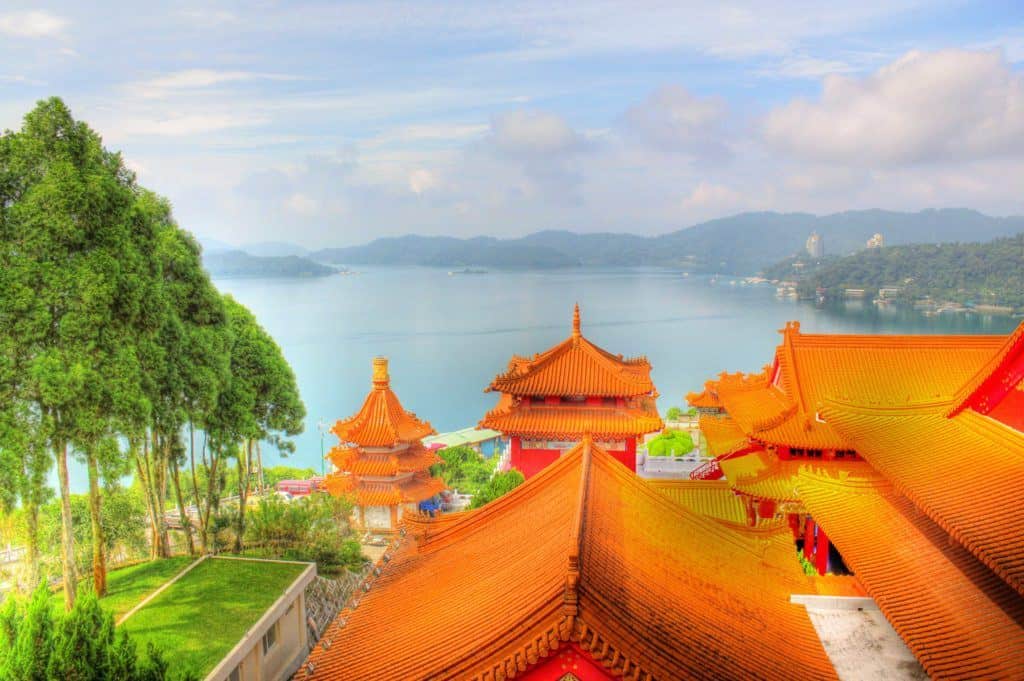 From visiting Wen Wu Temple it is only a short twenty minute drive down to the lake where it is possible to take a 2km long cable car ride over the lake and mountains. 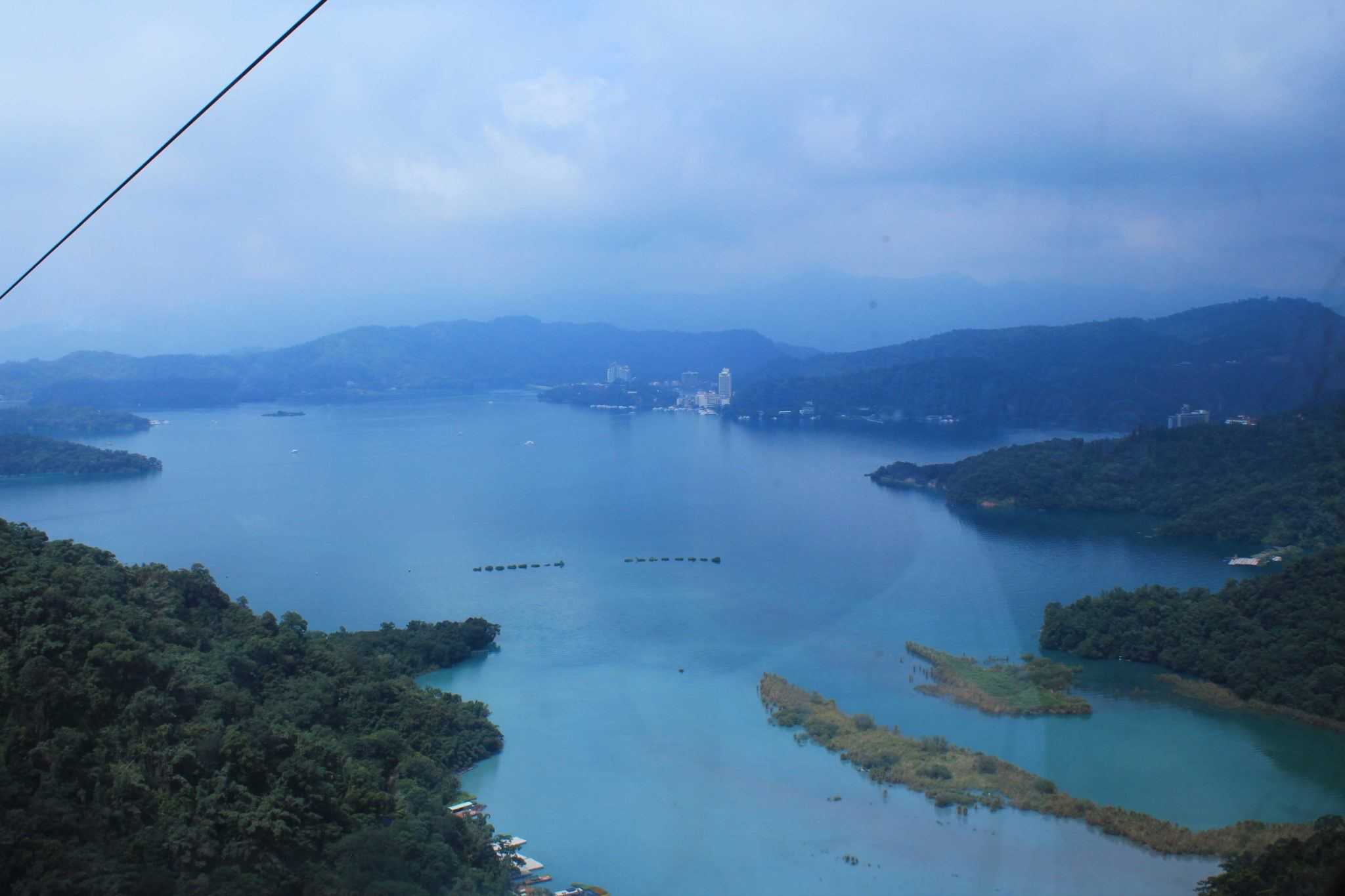 It had been a long, long time since I’d last been on a cable car ride and I don’t remember them feeling quite so unsafe and wobbly.

What I’d originally believed to be a short two minute ride turned into twenty minutes of terror and anxiety.

The cable car links the lake with the Formosan Aboriginal Culture Village, which is an amusement park full of aboriginal themed rides and attractions. Unfortunately, I didn’t have time to visit the amusement park but wish I had as it has the largest free-fall ride in Taiwan, as well as museums, dance shows and a 3D theatre.

Despite the cable car ride giving me a near-panic attack, I was calmed somewhat by the stunning birds eye view of the lake and Puli basin. 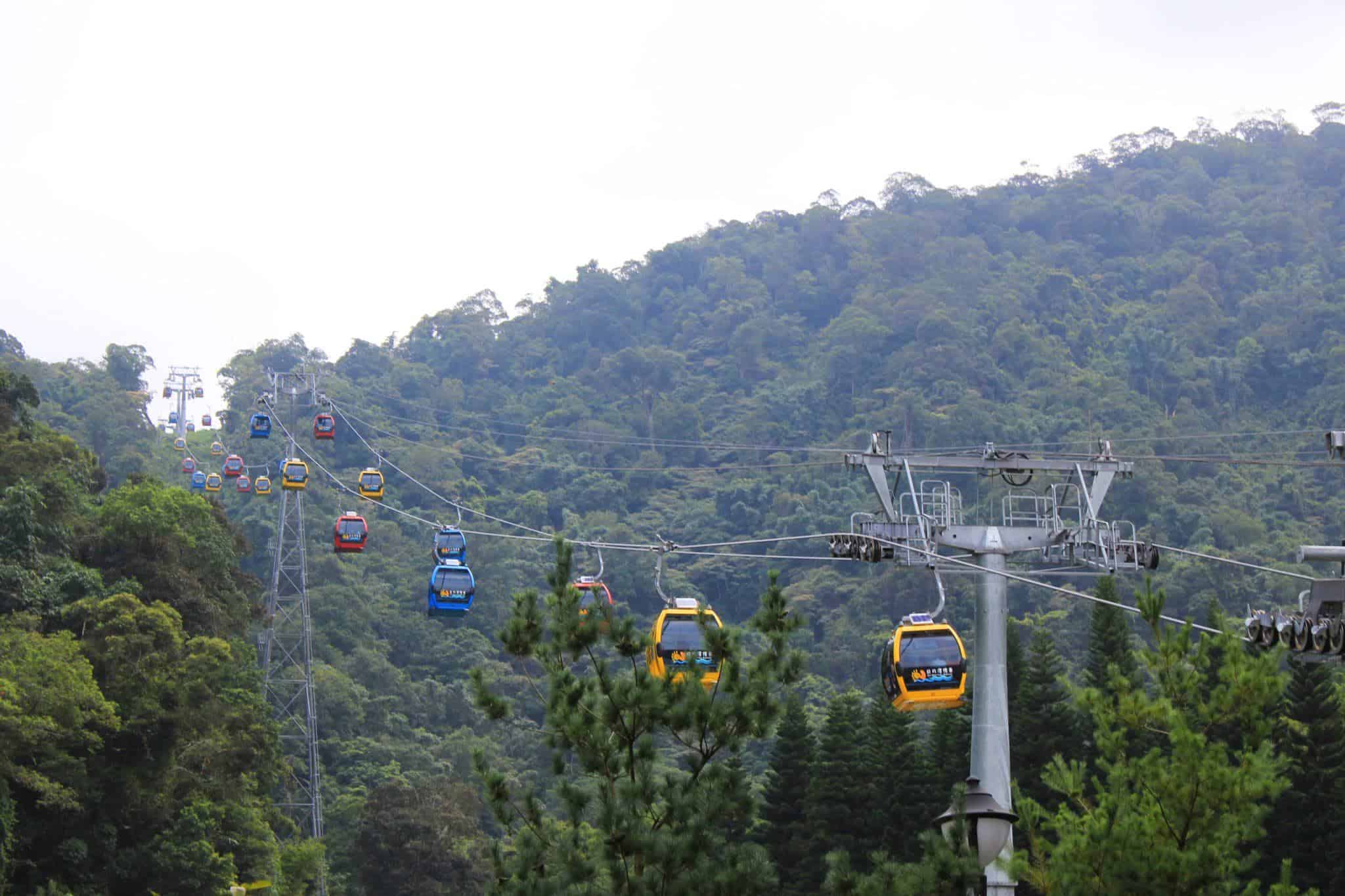 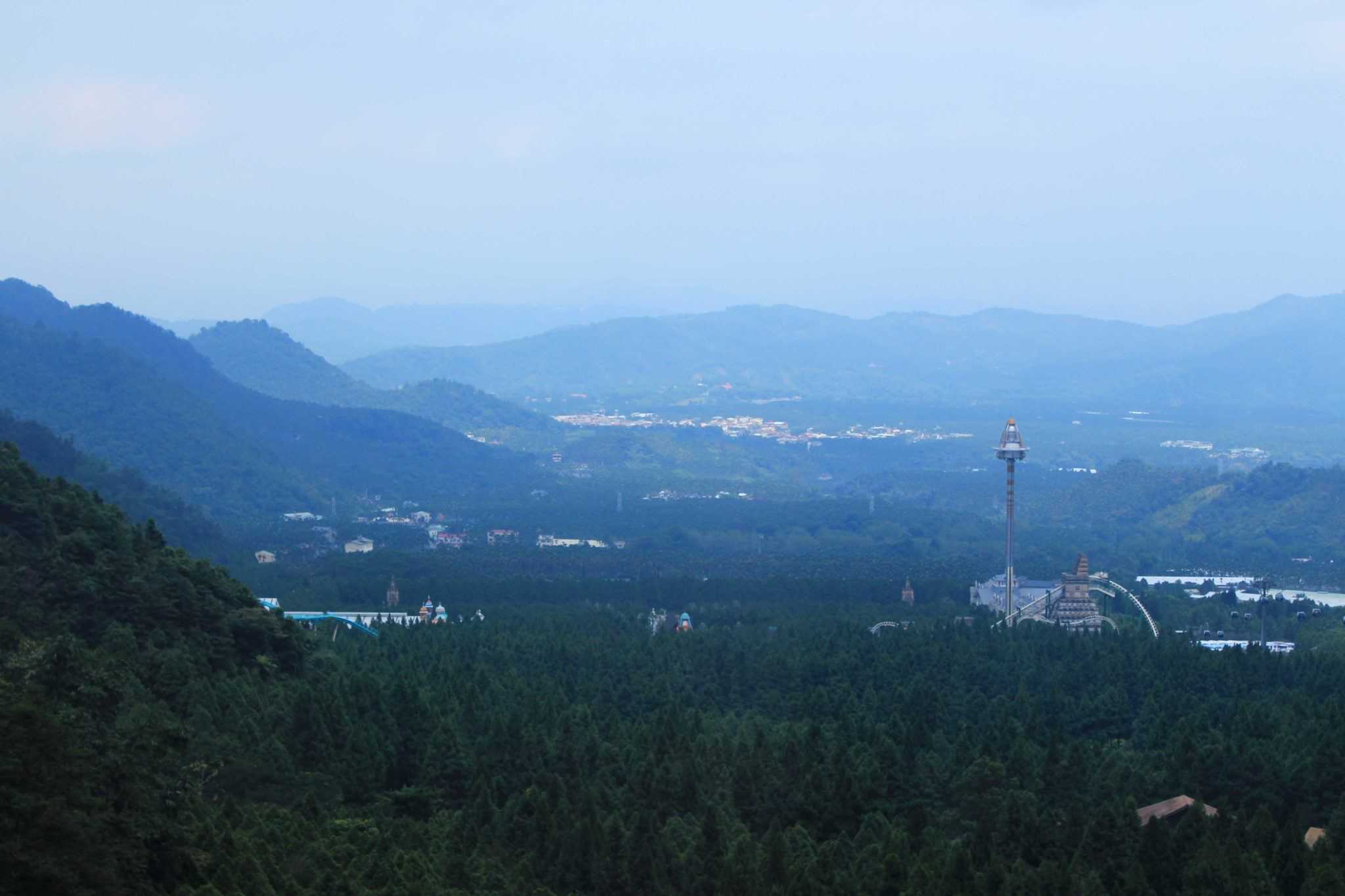 Due to Sun Moon Lake being a two hour drive from Taichung I wasn’t able to see any more of the area, although I definitely plan on visiting again in the future.

If you ever find yourself in Taiwan, make sure you take the time to get out of the busy cities and include a day trip to see Sun Moon Lake.

The Cost of Travel in Taiwan: A 2021 Budget Breakdown

Tickled Pink at the Barbie Cafe in Taipei

Why Taiwan is My Favourite Place in the World

A Carry-On Packing List for Sailing in the Greek Islands

The Cost of Travel in Croatia (2021): A Detailed Budget Breakdown

There IS a Basement in the Alamo! And Other Things You Didn’t Know

How to Spend Two Perfect Days on Inle Lake