I’ve now been travelling for a year so I decided it was time to look back over my packing list and update what’s currently in my bag!

The main difference between what I packed last year and this year is the amount of clothes I am carrying with me! I began with good intentions – not very many clothes, all of them different shades of black/brown/green/grey… And after a month I was SO bored with them!

I like bright, vibrant clothes! And variety! I didn’t ever wear shades of khaki at home so I have no idea why I thought I would while travelling.

It’s just not me.

And so, as soon as I got to Asia I started to replace my “wardrobe”. The benefit of being as tiny as I am is that clothes take up very little room in my bag. I’ve therefore been able to quite easily, um, double the amount of clothes I originally left with, without feeling like I’m taking anything extra. 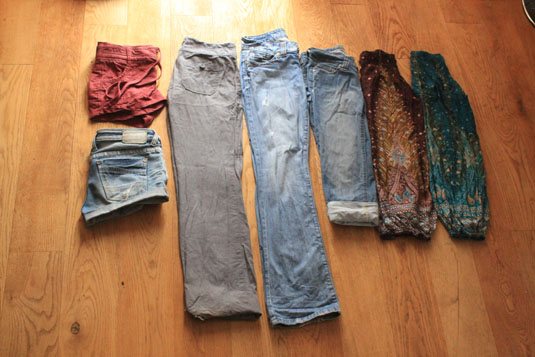 As you can see, I am now carrying jeans with me! Honestly, I didn’t miss wearing jeans in the slightest while I was travelling in Asia, but once I got to Europe, and especially with this freezing cold “summer”, I found myself longing for a pair. I’ll probably throw these out when I get back to Asia later this year. 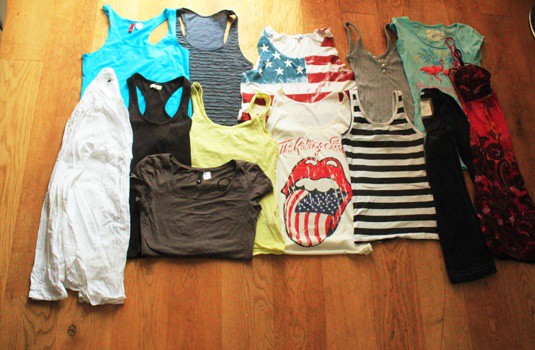 Yes, I have close to double the amount of tops I originally left with, but I’m so much happier with what I’m carrying now! 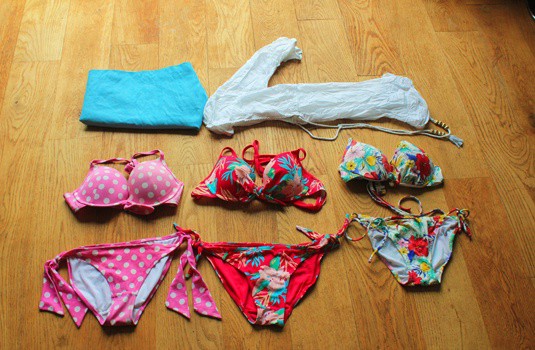 Not too much difference here. I threw away my board shorts because I decided they are ugly and replaced them with an extra bikini. 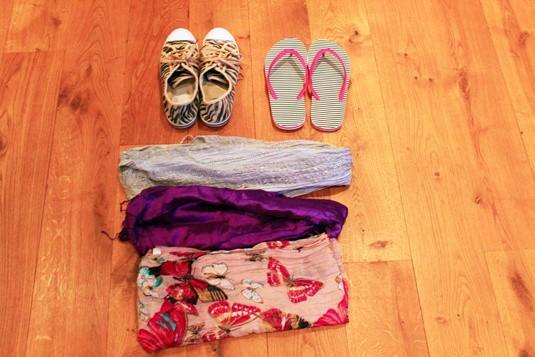 I bought the scarves to cover up whilst travelling in Morocco and loved them so much that I’m now keeping them! 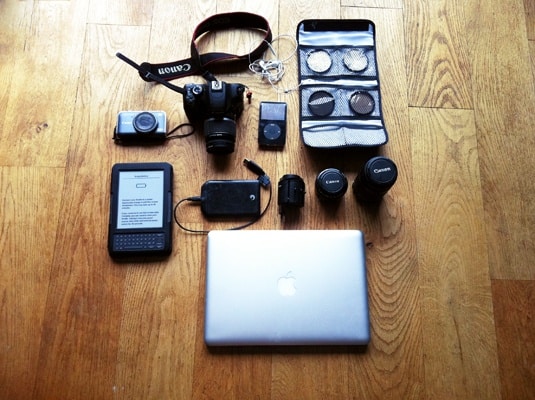 A few changes here – I bought the new Macbook Pro last week to replace my old one that was on the verge of dying. I replaced my ridiculously big and heavy external hard drive with a much smaller and lighter one. I threw away my iPhone because, as it wasn’t unlocked, I had close to zero use for it. I now love not travelling with a phone and don’t plan on ever carrying one again! I replaced my phone with an iPod that’s about 10 years old. 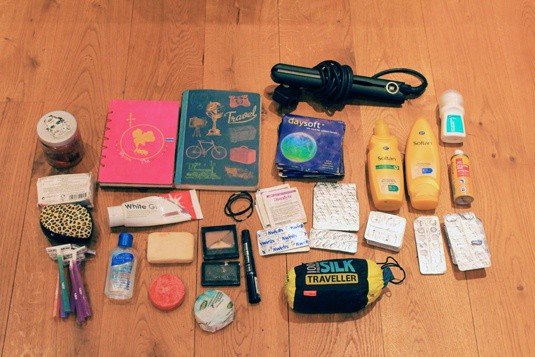 Yes, I gave in and I’m now travelling with hair straighteners. Similar to my reasons for carrying jeans, I had no use for them in humid Southeast Asia but now I’m back in Europe it’s nice to not feel like a filthy backpacker every now and then.

I threw out my money belt and my roll of duct tape, both of which I never used. I also got rid of my first aid kit and significantly reduced the amount of medicines I carry – you really don’t need a year’s supply of every type of painkiller!

I feel like I’ve now found the perfect balance – I’m not forcing myself to be super minimalist and feeling miserable with not having enough clothing options, and I’m still able to fit everything in my bag and carry it with ease – it still weighs under 10kg!

What do you think of my new packing list? Should be I ashamed that I’m now carrying twice as many clothes as I originally started with? Do you think I’m taking too much? Too little? Is there anything major you think I’ve forgotten?

How to Pack for Spain: My Complete Packing List for 2023

How to Pack for Slovenia: My In-Depth Packing List

How to Pack for the Netherlands: My Complete Packing List

How to Pack for a Trip to Taiwan

How to Pack for a Trip to Croatia

How to Spend Three Magical Days in Johannesburg: The 2023 Edition

The Belize-Guatemala Border and the Worst Bribe Attempt Ever

How to Spend Three Days in Richmond, Virginia

The Cost of Travel in Hungary: A Detailed Expense Report