I was going to catch up on my sorely neglected monthly summaries one by one, but what could I say? “This month I cried a lot”? “This month I didn’t sleep”?

It’s been a tough start to the year for me, with more lows than highs, but things are finally improving. Let’s get started!

I kicked off month 42 with Christmas at home for the first time in four years. You guys know I hate being away from my family, so I was thrilled to be hanging out at home, eating my mum’s home cooked Christmas dinner, and handing out gifts I’d picked up over the past year.

Christmas Day was a relaxed affair as usual, and I was excited to see the weather gods had presented us with a gorgeous blue-sky day. My parents live pretty much on the River Thames so a long walk along the water was in order after lunch.

Boxing Day was just as fun. I got to show Dave around Royal Holloway, my old university, and we burnt off calories from the previous day’s festivities with a five mile walk around Virgina Water lake, in Windsor Great Park.

The family activities didn’t end there! On the 27th, we hit up Twickenham Rugby Stadium for The Big Game, a Christmas family occasion, where a crowd of over 80,000 people descend on the stands for drinking, flag waving, and, in my case, pretending they understand the rules of rugby.

There was a lot of drinking.

With the Christmas festivities over for another year, Dave and I headed to Brixton, where we were basing ourselves for the next month. I honestly knew nothing about Brixton before arriving but it quickly worked its way into my list of London favourites. I loved the super close-knit community feel, the diverse and affordable food options at Brixton Village Market, and being only fifteen minutes away from Central London. Next time, I return I’ll be looking for a place in Brixton.

And, as I was saying, the food.

Pizza and organic wine at Franco Manca, Chinese-leaf dumpings from Mama Lan’s, samosas and Pakistani Thali from Elephant, Osakan street food from Okan, Trinidadian eats from Fish, Wings & Tings, BBQ pork burgers from The Joint, a juicy cheeseburger from Honest Burgers… so much food and so much more left to explore.

Then tourist activities were had! Dave’s not the biggest fan of London and I was determined to change his mind. I took him on a whirlwind eating extravaganza in hipster Shoreditch, up to the top of the Shard, thanks to a Christmas present from my family, a madhatter-themed afternoon tea experience at the Sanderson Hotel, and to see Memphis, the West End musical.

We took the opportunity to hang out with lots of our travel blogging buddies, too — regular meetups with Dylan and Diana, mulled cider awesomeness with Beverley, and Matt made me eat jellyfish tentacles and sea urchin during a terrifying introduction to sushi.

And that was London! Incredible and so much fun!

And then I moved to Spain. Everyone I know who has been to Granada has fallen in love with it but neither Dave and I had been there before. It was a bit nerve-wracking to decide to spend four months in a place without having been there before but hey, life is for making impulsive decisions

Then came six weeks of anxiety and panic attacks for seemingly no reason at all.

The good news: having a breakdown taught me how to be productive. I’ve quit social media for everything but business purposes — I cut myself off from it while suffering from anxiety and realised I missed very little. I’ve become a super-fast writer — after spending four years struggling to write more than one post a week, I’ve been bashing out one a day for the past few weeks. For the first time in my life, I actually have a surplus of posts! I’ve also learned to value quality time. I used to spend twelve hours a day on my laptop doing not very much at all, but I’m so sick of looking at screens that I’m enjoying working half the day, closing my laptop, and then stepping outside.

I celebrated an anxiety recovery by heading to the Spanish city of Ronda, a three-hour train ride outside of Granada. I knew nothing about it and didn’t have the time to research, so arriving was a pleasant surprise.

I loved Ronda. It was so beautiful.

The highlight, though, was just outside of Ronda. There are dozens of hiking trails all around the city, so on our final day, Dave and I picked one and decided to follow it through to the end. Except, after a couple of hours, it was hot, and I was hungry, exhausted, and ready to give up. Who knew that not moving for two months straight would kill your fitness levels?

We returned to the apartment and discovered we were walking the GR7, a walking track that runs all the way from Spain to Greece! 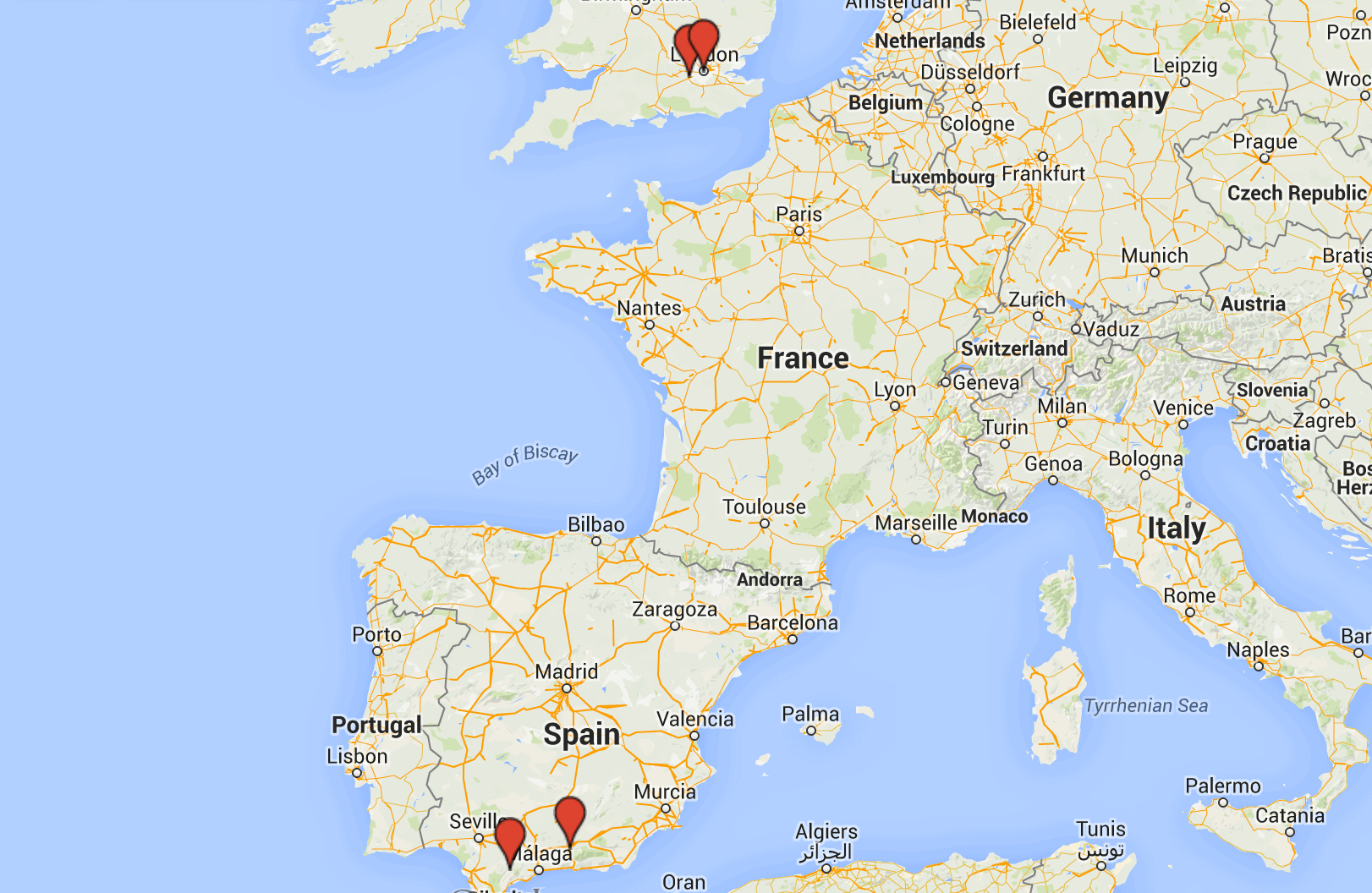 Transportation:
Flights from Boracay to Manila: $63.63
Flights from Manila to London: $500 (with Emirates!)
Various tube and train tickets over the month: $110.00

Next month will be all about getting to know Granada better. My parents are coming to visit me later this week and I’ve got lots of exploring to do before they arrive. At the moment, I know about as much about Granada as they do! Other than that, I’m toying with the idea of visiting Lisbon or Madrid — both cities I haven’t visited yet — and I’m kind of considering flying to Malta or Andorra on a whim.

Have any tips for my time in Granada? Do you think I should fly to Malta or Andorra on a whim? Which city would you rather I visit — Lisbon or Madrid? Let me know in the comments!

…And then the brakes failed

How to Spend Three Days in the Great Smoky Mountains

How to Spend Three Days in Montreal: The Best Itinerary